The collection of the Picasso Museum in Paris is comprised of a gift that the Picasso family made to the country to avoid paying inheritance tax in France. However, the museum isn't entrusted to adminster the reproduction rights of the works on its walls. Even the name of the Spanish master is the property of his heirs, which resulted in Byzantine negotiations when it came to designing a new logo for the famed Paris tourist destination. A fractured version of the word “Picasso,” it was recently introduced to coincide with the reopening of the museum after a controversial, $65-million, five-year renovation and expansion.

The Paris design studio c-album is responsible for the museum’s new identity. They came up with a clever launch campaign featuring one of the few aspects of the collection that remained royalty-free and accessible: the titles of the artworks. Museum employees volunteered to be photographed and filmed sporting T-shirts printed with the titles of some of the most iconic paintings under the museum's stewardship. Clerks, janitors, guards, and curators stand poker-faced, like sentry, until they turn around, revealing what looks like a stolen postcard hidden behind their back.

The former museum director, Anne Baldassari agreed to participate in the quirky campaign, even though she had recently been fired by the French Ministry of Culture over her unorthodox management style. In the museum's promotional video, she is seen upside down while her T-shirt reads right side up. The postcard she hides behind her back depicts the jester—Le Fou, a 1905 bronze by Picasso—a man who made a profession out of being a wild card. 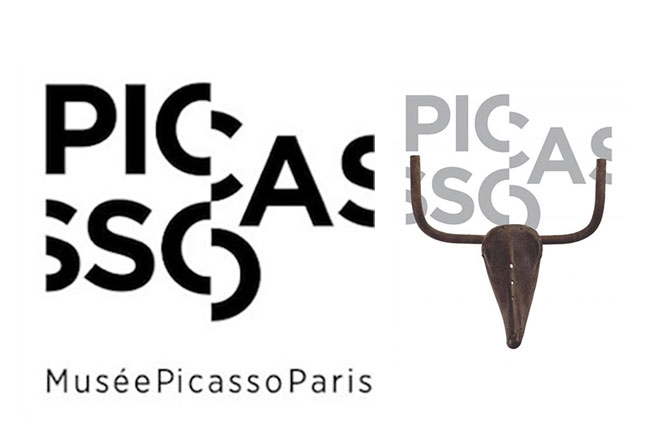 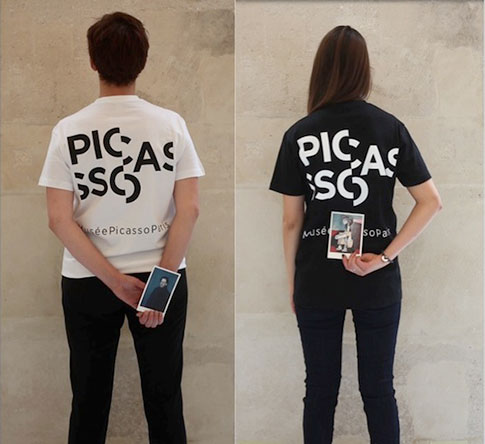 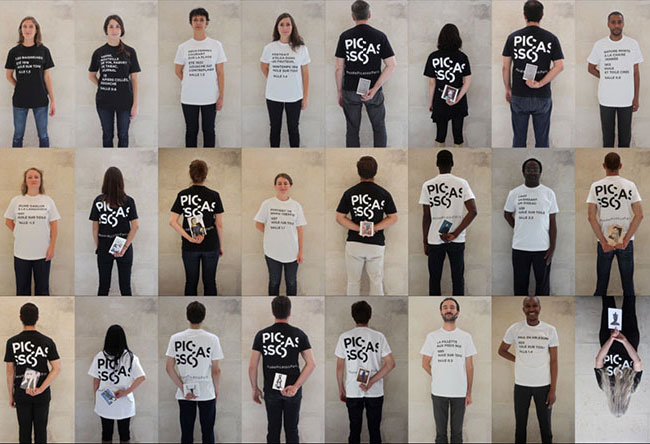