Two Monumental
Shows in Paris:
One Large, One Small

There are two artists with shows you shouldn’t miss if you happen to be in Paris this summer: Bill Viola, with a major retrospective at the Grand Palais, and, more modestly, Jocelyn Cottencin, a French graphic designer whose work is tucked away in a small room in the back of the Musée des Arts Décoratifs.

Both men are using slow motion to conjure up larger than life emotions. Both are exploring the monumental dimensions of timeless themes such as grief, death, transfiguration, remembrance and commemoration. But while Viola shoots videos at a high-speed frame rate to extend the duration of the action, slow it down, and increase its dramatic impact, Cottencin choreographs in real time a ballet in which dancers evolve slowing on the stage in a seamless continuum of protracted poses.

Viola’s cathedral-like video installations are awe-inspiring — there is no other word for it. He is an alchemist, a master, a poet who reinterprets, for the 21st century, the notion of “The Sublime”, as defined by Romantic landscape painters in the 19th century. However, his grand gestures are dwarfed by the less flamboyant art piece presented by Cottencin at the Art Décoratifs, in the context of a group show. David with his sling (and his cheap video projector) outclasses the Goliath of special effects, electronic sound, and image technology.

Cottencin’s 45-minute film, Monumental, is a silently unfolding pageant. It was commissioned as the centerpiece of a contemporary art festival, with exhibitions and events on either side of the Channel — in Norwich, Calais and Caen for the commemoration of 100th anniversary of WWI and the 70th anniversary of the Normandy landings. More than 60 artists in France and England have been invited to reflect on what constitutes a “monument”, and express, in various media, its funerary and celebratory dimension.

Cottencin directed twelve dancers to interpret the dynamic qualities of specific French and British war monuments — a lookout tower, hidden bunkers, memorials to soldiers, and Rodin’s The Burghers of Calais, among them.

Dressed in colorful street clothes, the performers are plowing into each other, as if moved by the same force that drives tectonic plates. Uninterrupted, deliberate, visceral, the collisions are majestic. You can’t take your eyes off them as they weave slowly in and out of each other’s embrace to form new patterns of spontaneous interaction.

No effort is made to help you figure out which monument is being portrayed, but visual references flash in your mind: the raising of the flag at Iwo Jima, Delacroix’s Liberty Leading the People, a tangle of actors from the Living Theater, the dancing group by Carpeaux on the facade of the Paris Opera, or Occupy Wall Street activists wielding brooms to clean up Zucotti Park.

Like his dancers, Cottencin channels movements into original forms. A buoyant graphic designer, he mixes techniques and formats. He uses typography as a paintbrush, dripping letterforms on pages, posters, walls and billboards with calligraphic abandon. Endlessly fascinated by the temporal dimension of graphic expression, he often collaborates with dancers and actors. With his students, he initiates performances during which the kids get a chance to take possession of an empty stage as they would an empty page. On display at the Arts Décoratifs museum is another of Cottencin’s choreographic video piece, Vocabulario, in which a man with a windbreaker and a knapsack spells out the word “landscape.”

Romantic landscapes, historic landmarks, war memorials, monuments — for Cottencin, these constructed venues are not permanent sites of remembrance but moveable typographical forms that populate our collective memory. They evoke shared emotions while encouraging us to explore the deep recesses of our imagination. 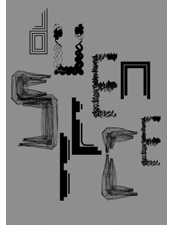 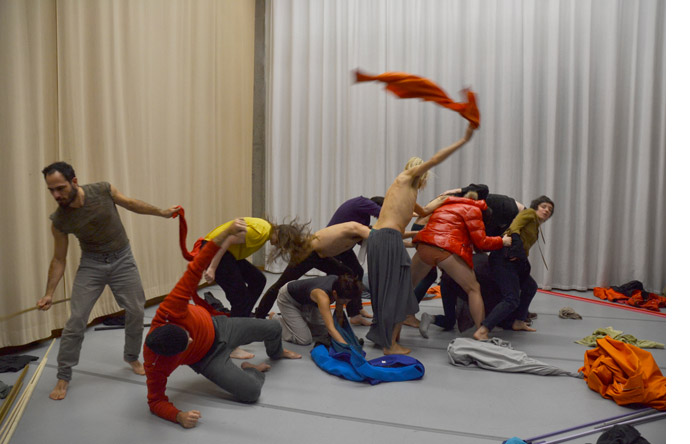 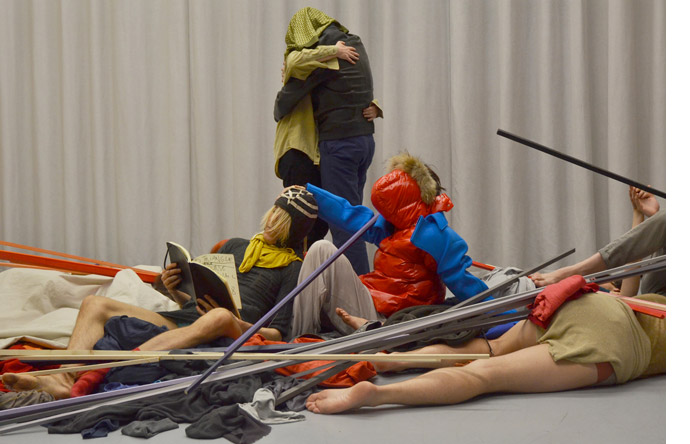 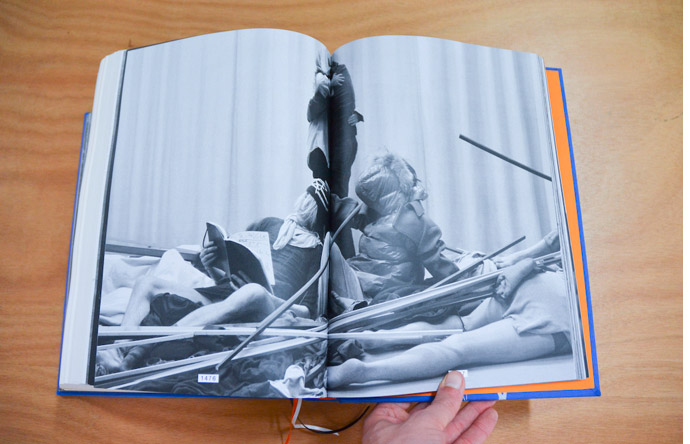 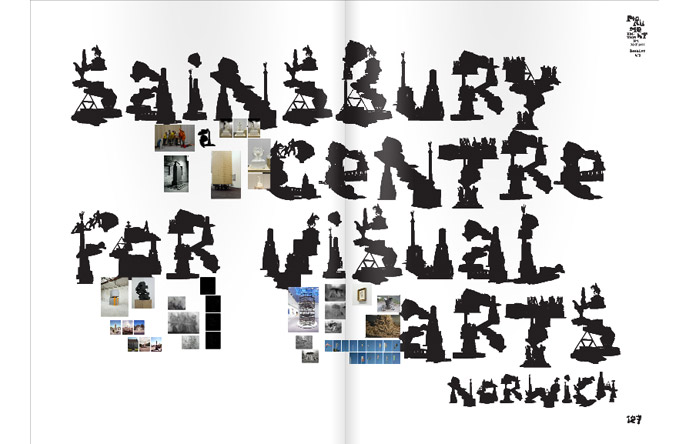 4/12 - Annoncement for Monument, at the Sainsbury Centre in Norwich 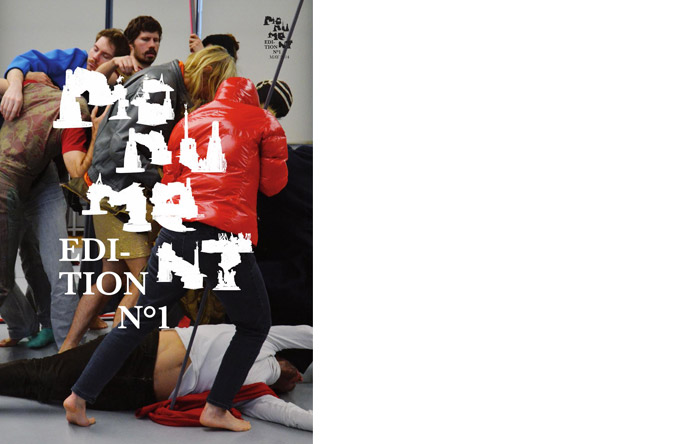 5/12- The official poster for Monument 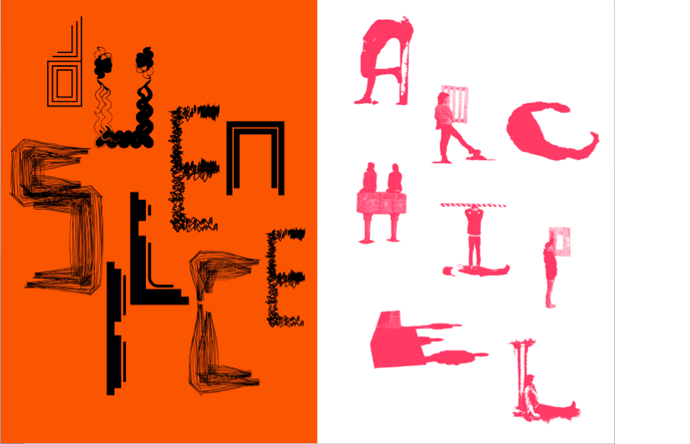 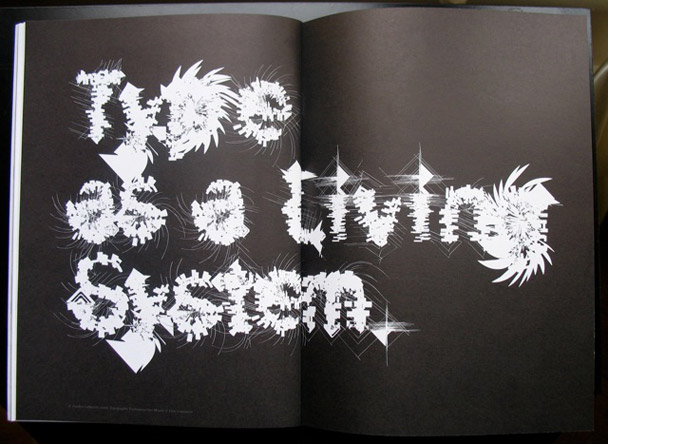 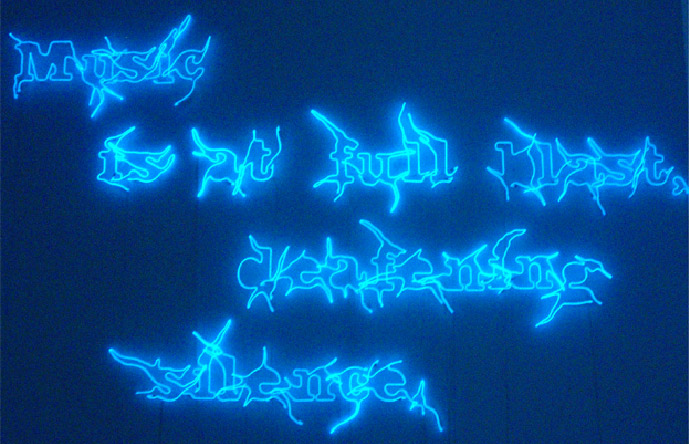 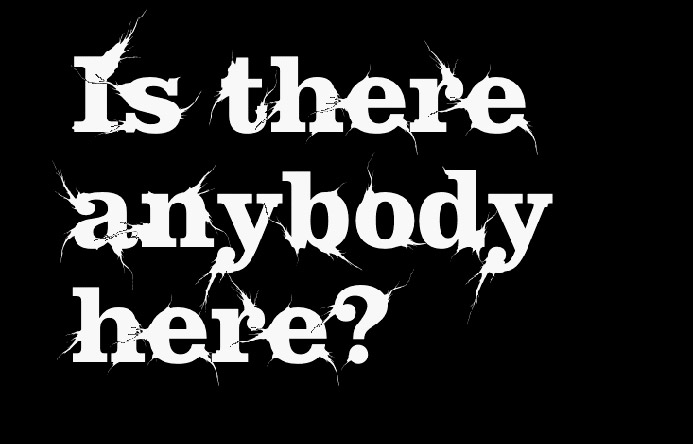 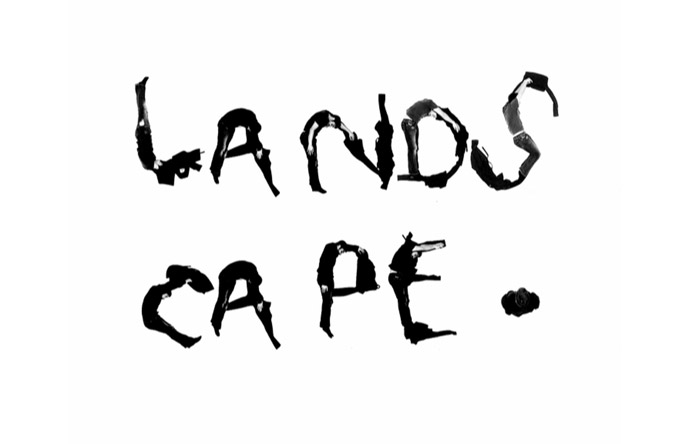 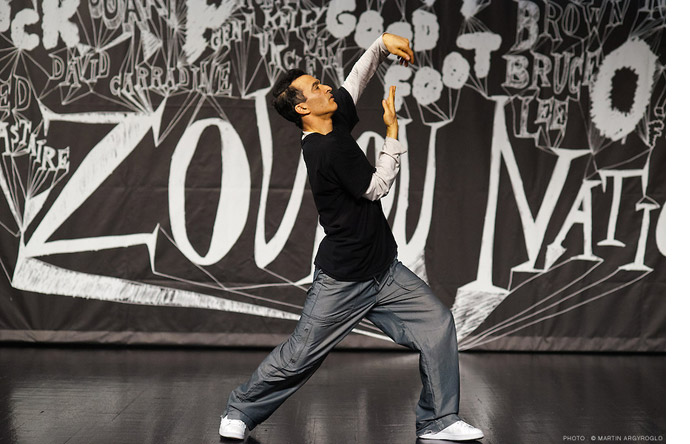 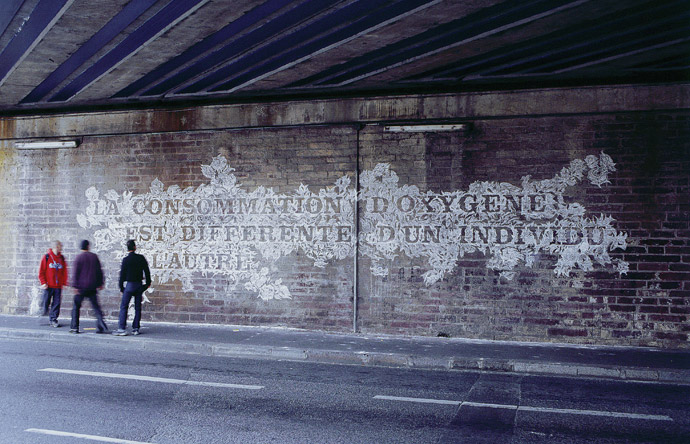