The Sound of One Hand Turning Pages

To design a magazine, you need to be a musician as much as a visual communicator.

We don't seem to design magazines for readers anymore but for editorial voyeurs—for page-flippers in search of visual stimulation. Most people (myself included) go to newsstands to get an image fix. We peruse titles in a slight trance, a state halfway between heightened awareness and suspended animation.

There is always an eerie silence around stacks of great magazines. Engrossed in contemplation, most of us forget to breathe. All one hears are isolated sighs, usually followed by the crisp ruffle of a page being turned.

To measure the visual appeal of a magazine, listen carefully. You should be able to evaluate its design with your ears. The more quiet the room, the better the layouts.

Factoring in auditory clues to get a better read of the big picture is not such a far-fetched idea. An European publisher once told me that his company regularly surveys subscribers to find out how they feel when they hear the mailman drop the magazine on their front door.

Delivered every Tuesday at a specific time of the day, the magazine falls through the mail chute and hits the floor with a characteristic thump. This sound has come to symbolize the readers' relationship with the publication.

Some readers interpret this sound as a sign that it's time to take a break, make a fresh cup of coffee and flip pages. Others get on the phone to call their neighbors to invite them to come by, pore over the layouts ...and gossip. A number of subscribers have the magazine delivered to their office rather than to their home, so addicted they are to this weekly knock on their door.

For members of the editorial team, this magical sound is their moment of truth. They labor unremittingly to make sure that the magazine is as exciting as its thump.

A magazine is indeed a sound—a resonance in the mind of readers. To design it, you need to be as much of a musician as a visual communicator.

Graphic design is only one aspect of the craft.

A magazine is first and foremost a "vibe"—a brand in marketing parlance, what Stuart Agres, Director of Corporate Research at Young and Rubican defines as "a set of differentiating promises that link a product to its customers."

In other words, a magazine is a figment of the imagination of readers as much as a mental construct engineered by editors and art directors. A shared fantasy, it is the sum total of its tone, personality and point of view.

Everything matters: sound, but also thickness, weight, size, texture. Even those politically-incorrect scent-strips inserted in trendy magazines must be taken into account. For better or for worse, they are an integral part of the editorial message.

Scent of a woman

Some time ago, I tried to find out what it would take to extract the pure essence of a magazine and turn it into something almost as volatile as its vibe. I managed to convince the editor of a fashion magazine to let me do a story on how her slick publication could be translated into a woman's fragrance.

We put together a team of brand experts, trend-forecasters, bottle designers and perfumers and decided to proceed as if the magazine was any other client.

Studying back issues, demographics and circulation figures, we drew a profile of who the typical reader wanted to be. This information was used to create a brand positioning, a bottle, a package, and of course a perfume. This last phase was much the same as designing a magazine. Orchestrating olfactory notes (taking into account their power of evocation as well as their evaporation rate), was not unlike mapping out the visual impact of successive layouts.

The real surprise was how much the fragrance resembled the chic publication. The scent we designed was cool at first, with notes of bergamot, rose and freshly mown lawn rising through a discreet veil of lemony magnolia. After a few minutes of evaporation, this transparent screen was partially lifted to reveal a mouth-watering combination of plum and musk.

It had to happen. Someone on the team suggested we insert scent-strips in the magazine to test the fragrance with readers. Only then did we snap out of it.

Thanks, but no thanks. We are not marketers—we are only journalists. We believe that what readers deserves is a great magazine—no less, no more. 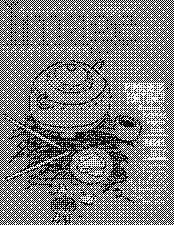 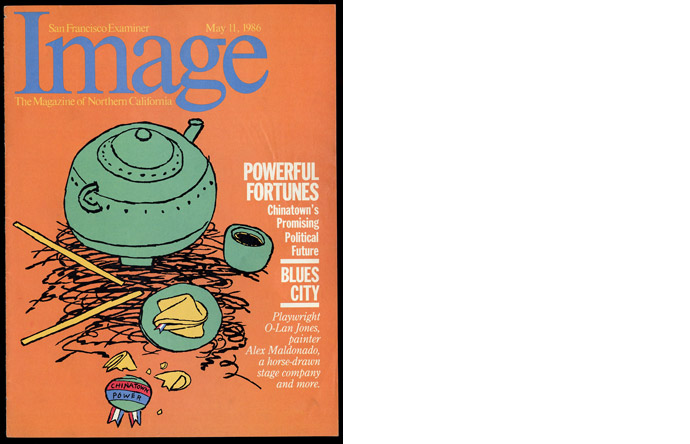 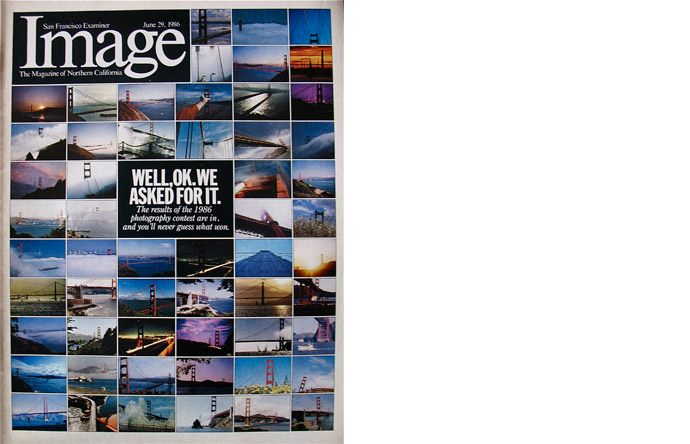 2/12 - Image, the Sunday Magazine of the San Francisco Examiner, art directed by VV 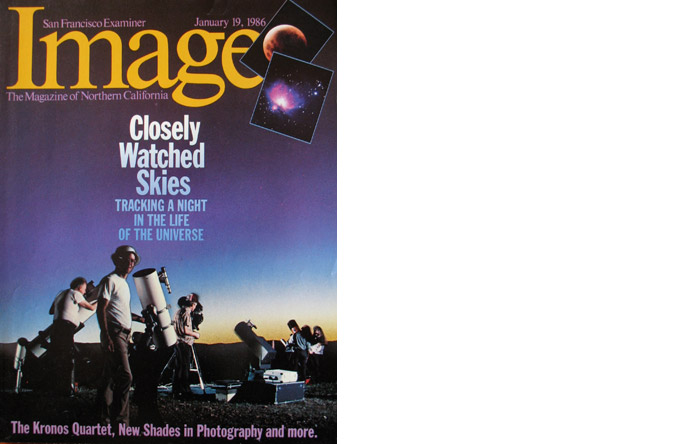 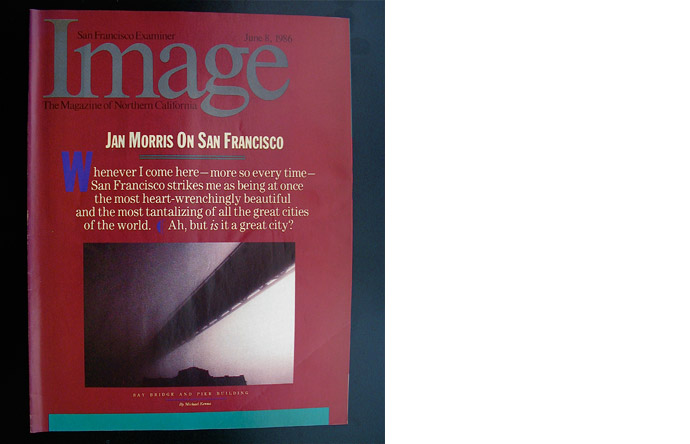 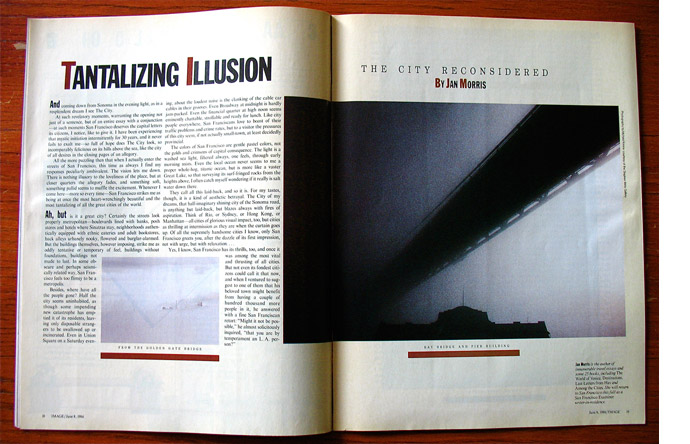 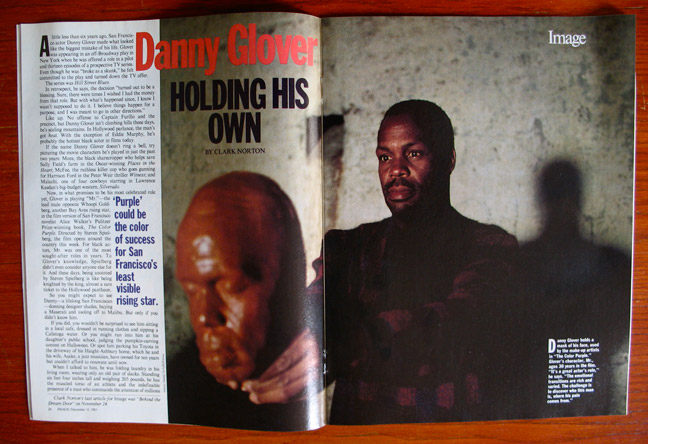 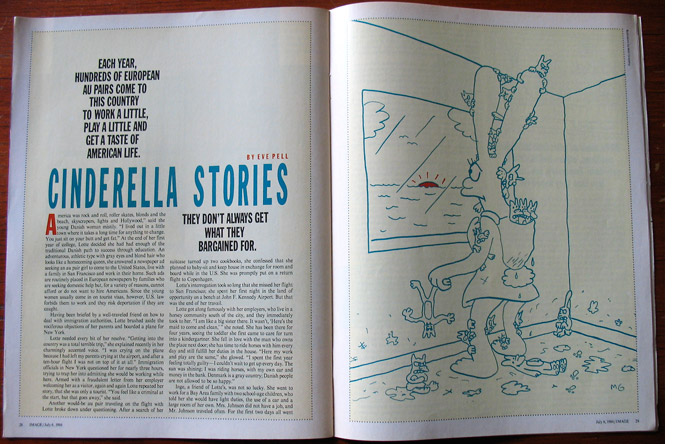 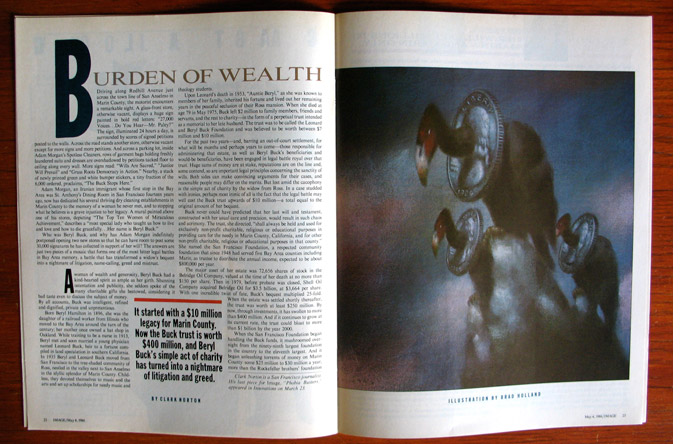 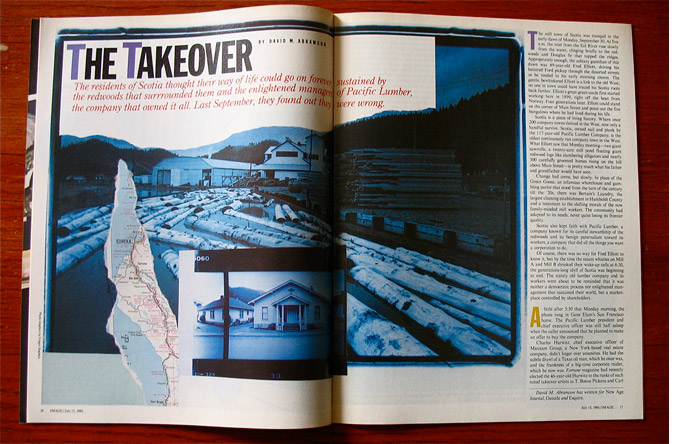 9/12 - Layout and photography by Rudi Vanderlans in his early-Emigré days, July 1986 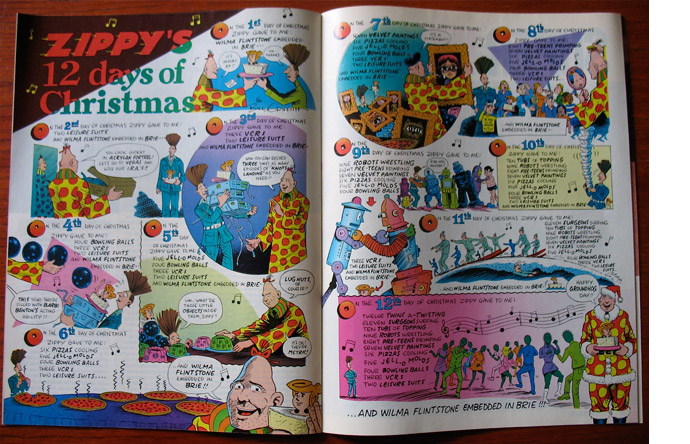 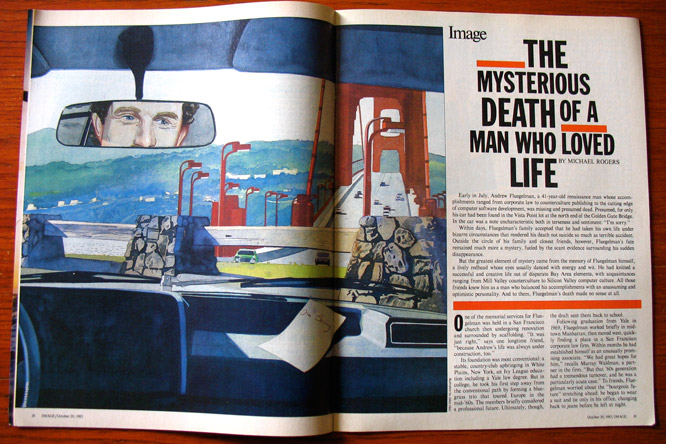 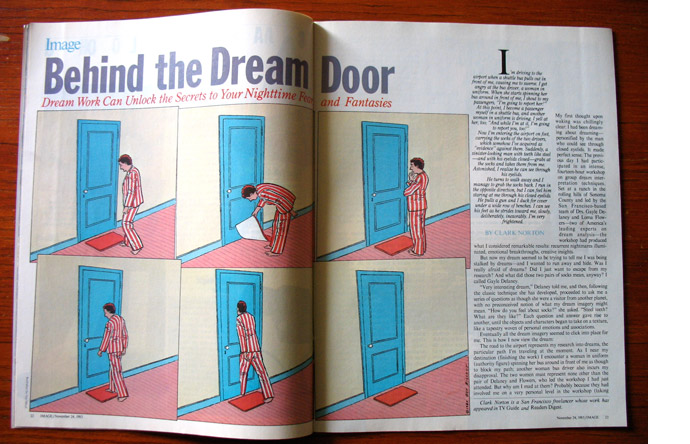