She gives her audience small, tidy and concise epiphanies that do not create any undue anxiety.

On the cover of her magazines, Martha Stewart could turn a short list of words into a Dada poem on a par with one by of André Breton.

A caterer by profession, she knew how to create memorable table settings or bouquets with a few simple things — found objects, ribbons, party favors, flowers or fruits. When she became a magazine editor in the early 1990s, she was able to translate this talent on paper, making whimsical word-and-picture arrangements the same way she had decorated buffet tables or designed centerpieces for wedding receptions.

Over the next decade, Martha Stewart — with her loyal staff of editors, stylists and designers — kept arranging and re-arranging words and images on the pages of her magazines,  Martha Stewart Living, Weddings, Kids, Babies, Everyday Food,   and catalogues, inventorying in the process every household object, every product, every decorative item, and every kitchen implement known to man and woman. A monumental undertaking in hindsight, it amounted to nothing less than the full compilation of every American domestic fantasies at the end of the 20th century.

Martha became the patron saint of small things. Things like buckwheat pillows, cinnamon candles, marshmallow snowflakes, rickrack borders, taffy twigs, cranberry wreaths, sugar flowers, citrus coolers, baguette flatware, trumpet vases, leaf tags, wine journals, pet gifts and miniature cupcakes. Things she would christen “good things” by naming them with that uncanny flair for words that was as much part of her genius as her ability to make a perfect raspberry-swirl cheesecake or turn a garden gate into a headboard.

Eventually, though, all good things must come to an end. For Martha Stewart, the end was cruel, swift, and unwonted. Her crime—allegedly lying to the government about a shady stock sale—had been minor. Her sentence was exemplary and her prison sentence unexpected. But most devastating was the fate of the good things she had created. What would happen to the flower seed packets, the ribbon organizers and the pinecone garlands she had help turn into cultural icons?

Encyclopedic endeavors like the compendium Martha Stewart had unwittingly assembled have always been fraught with controversy. Because they attempt to create complete systems of learning, encyclopedias are ambitious projects that are inevitably skewed. As such, they generate differences of opinion and elicit criticisms from both lay people and experts. This is the reason Martha Stewart was not universally popular — and was harshly judged by the members of the jury who eventually convicted her. What offended most people about her were not her coy views on domesticity (as annoying as they were at times), but her implicit assumptions about the “good things” she had championed.

Coincidentally, the most famous of all encyclopedists, French philosopher Denis Diderot, editor and contributor of the Encyclopédie (first published in 1751) was also convicted and sent to jail for three months. His crime? To uphold in his writing a secular approach, one that promoted tolerance and open-mindedness over faith and religion. In the mid-eighteen century, in what was the dawn of the Age of Enlightenment, a “rational dictionary,” as the encyclopedia was also called, was considered a daring expression of materialist atheism.

Today, Martha Stewart’s decidedly secular approach is what got her in trouble as well. Like the 18th century French intellectuals who penned the Encyclopédie, she too promoted reason above emotions, encouraging her readers and television viewers to embrace a methodical rather than a spiritual approach. Her how-to tutorials, conducted with no-nonsense precision, made no room for human errors. Impatient with all foibles — notably with the foibles of her employees — she had garnered a reputation of being a harsh perfectionist. During her trial, her reliance on alleged facts rather than contextual perceptions further damaged her case.

Martha’s distrust of sentimentality was probably her greatest originality — a critical factor in her downfall, but also the reason for the success of Martha Stewart Living Omnimedia, her media empire. She perfected this dispassionate style on the covers of her magazine in the mid-1990s. During this period, she practiced amazing linguistic restrain at the newsstand. Instead of using expressive coverlines, as one would expect from a mass-market publication targeting women, she eschewed all calls to action. She was so intent on minimizing excitement that she never encouraged readers to do anything — even though the magazine was supposed to profess a do-it-yourself approach. There were never any verbs on the covers. Never any imperatives. Nothing stated in the declarative form. Gerunds, grammatical constructions that indicate that the action is uncompleted, were the only permissible forms of engagement. In the controlled universe of Martha Stewart Living, everything seems to happen in slow motion, with words like stuffing, arranging, carving, organizing, growing, wrapping, entertaining, nesting, painting, and decorating repeatedly used as nouns.

Featuring minimal word collages in the surrealist manner —“magnolias/ foraging/ egg decorations/ furniture screens/ a greek easter dinner”— the magazine covers also made a minimal use of colors. Keeping the lid on emotions was a palette of subdued colors dominated by hypnotic pastel tones. More often than not, a soothing greenish hue, the archetypal Martha Stewart color, added a note of placidity to the already cool overall picture.

Once, in the May 1999 issue, I noticed a verb in the active voice on the cover of the magazine. Though it was a discreet “make it yourself” next to a photograph of an ice cream sandwich, I was startled. What? Is Martha tampering with her message, I wondered? Is she buckling under pressure from investors who want her to relinquish some of her authority and “empower” her readers instead? I had always admired Martha Stewart’s flawless determination to keep total control over her product. The woman knew exactly what she was doing and why. She gave her audience small, tidy, and concise epiphanies that did not require any personal initiative, and thus did not create any undue anxiety. In my estimation, the “make it yourself” admonition on the cover marked a drastic departure from the magazine’s initial editorial position—one that proclaimed that Martha Stewart was the only person who had the authority to make anything happen.

I was relieved to find out that the “empowering” experiment was short lived. In subsequent issues, coverlines never again exhorted readers to take initiatives—at least, not to my knowledge. Showing a genuine understanding of the deep insecurities that motivate shoppers to spend an extra $4.75 at the checkout counter for an issue of her magazine, Martha focused her attention back again on what she did best, which was to create month after month a visual glossary of the contemplative pleasures of deferred domesticity.

Over the years, Martha’s way with images had become as persuasive as her way with words. Photographs in MSL all captured things with the same clarity and precision as the etchings done centuries ago for the first encyclopedias. The photographs were not illustrations, they were documents showing the weave of a fabric, the texture of a fruit, the temperature of a liquid, the weight of an object, the sharpness of a tool—and the fragility of a moment of fleeting perfection. A signature Martha Stewart’s photograph today is one where the lens faithfully translates every nuances of the thing it scrutinizes. Nothing distracting is ever added. Shadows only serve to give more weight to a pine cone or more depth to a table setting. Artistic blur, an early MSL trademark now copied by every publication, is used sparingly to emphasize the creamy quality of a custard or the frostiness of a porcelain dish.

For Martha Stewart, it’s all about information. Direct, jubilant, virtuosic information.  While other large circulation women’s magazines dole out what they call “service”—advice, pointers and tips—she refuses to talk down to her readers and viewers. Completely absorbed into the material world, she worships facts, small facts. Since her first issue of the magazine, in December 1990, she has anthologized every single American episode having to do with hearth and home. Every good thing. Every holiday celebration. Every small ritual. Every family event. Every nostalgic memory, real or not. And she has done all of that without ever being maudlin or sentimental.

In the end, though, she forgot that she was human. She built her empire on things—on good things. She could not imagine that she might one day lose it all to a single instant of bad judgment. After five months in jail in a West Virginia prison, she was back in at work, as determined as ever to teach women the proper way to bake cookies, yet vowing that she would no longer lecture anyone in quite the same pedantic fashion. “I really like people” she was compelled to add.

But “liking people,” she might find out, is a lot less rewarding than liking the small things in life. 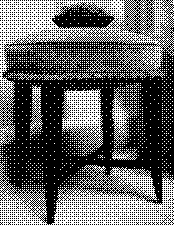 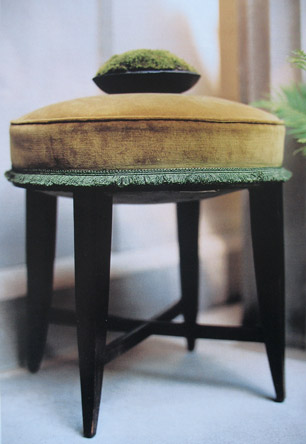 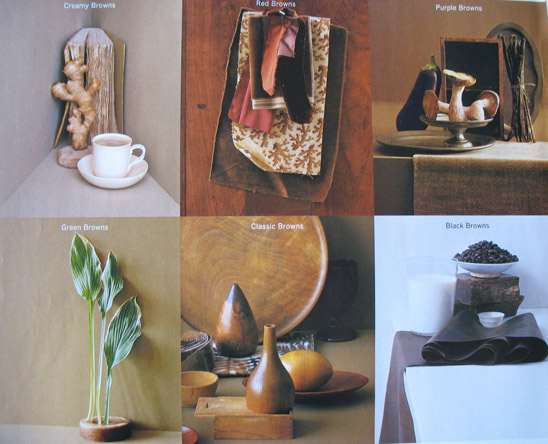 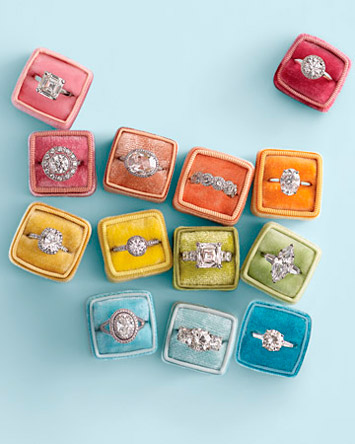 3/9 - Rings as pretty as Spring flowers, from Martha Stewart Weddings, 2000 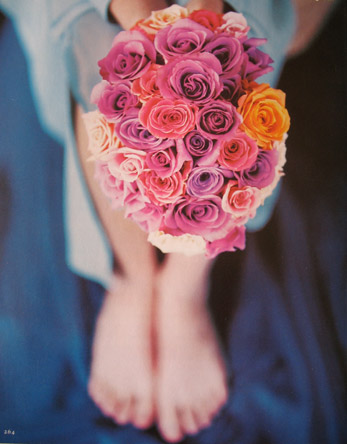 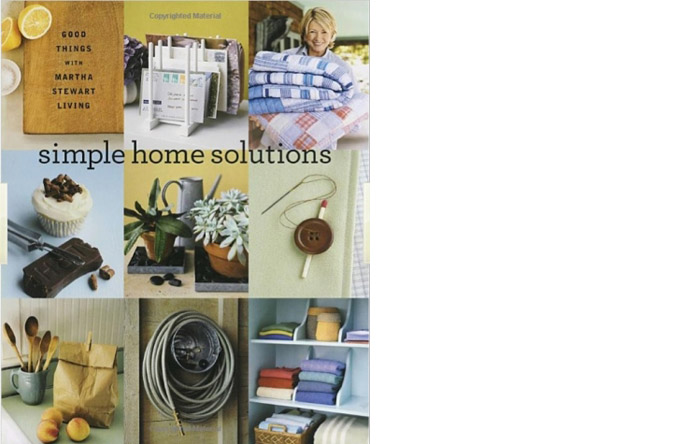 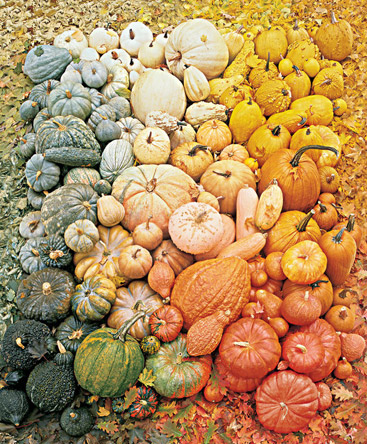 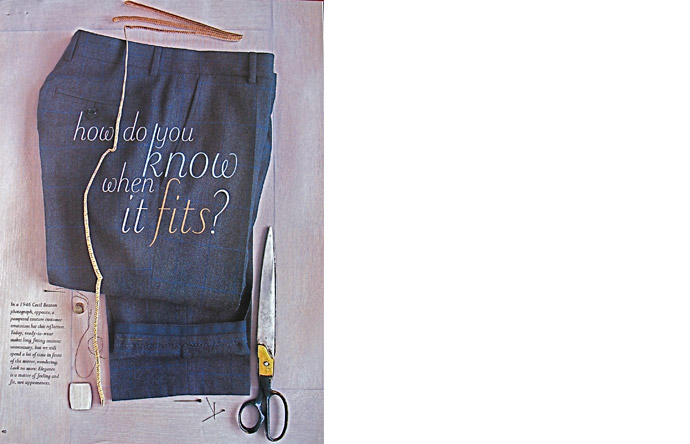 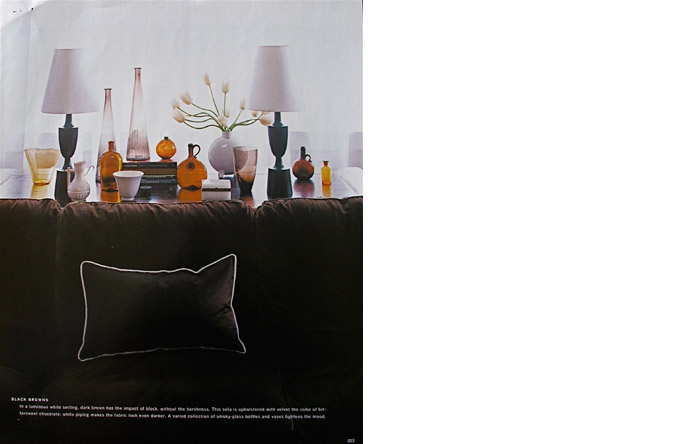 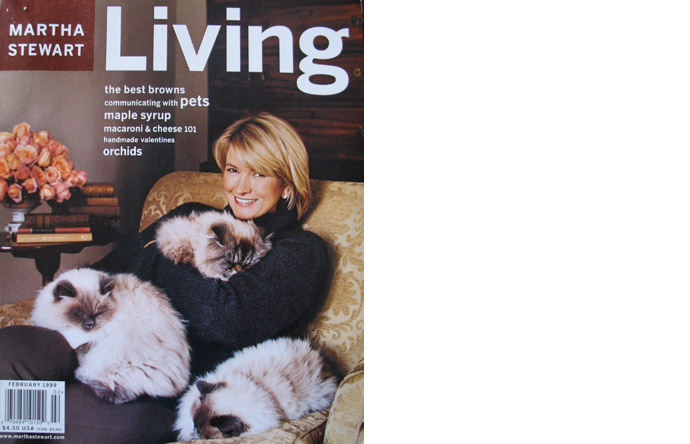