It's All Greek
to Me

We often confuse the hyped-up experience of communicating with communication itself.

Some predicaments breed creativity. So, with the European press wringing its hands over the dire state of the Greek economy, I could not pass over an invitation to go to Athens for a three-day, open-studio event called Design Walk*. I had to see for myself what all the fuss was about. For all I knew, Athens could be The Next Berlin.

What sort of graphic design thrives in a country that is the number one exporter of design students because it cannot afford a good art school of its own, I wondered?

In a derelict neighborhood called Psyrri, young Athenians have moved in and are slowly transforming the labyrinth of narrow streets into artistic venues. Fresh graffiti adorn ruined facades and small galleries are tucked in the back of dark alleys.

Designers rent shabby spaces on the top floors of dilapidated buildings with a view of the Parthenon, drag their electronic equipment up narrow winding marble staircases (in Athens, even fixer-uppers have marble staircases), fire up their sound systems, turn on their computers, and begin to design cool logos.

As was explained to me, Greece went directly from being an agrarian country in the Ottoman Empire to being a contender in the service economy — without experiencing an Industrial Revolution in between.

In the 20th century, while the rest of Europe was developing a sophisticated visual language to communicate with its blue collar work force (with Russian constructivists on the frontline of graphic innovations), hand-painted vernacular signs were the only graphic artifacts to be found between the Aegean and the Ionian Seas.

Unlike Greece, some of the less industrialized countries had been able to develop a unique graphic design identity because they had a lively tradition of political propaganda, movie posters, street art, record covers, military emblems, or religious images. But in Greece, there was no such graphic tradition. Tourism was, and still is, the country’s main industry. As a result, travel poster artists Michalis and Agni Katzourakis and Freddie Carabott are the only celebrated graphic designers of the peninsula.

The awareness that design has a value is a recent phenomenon in the Balkans where only ten years ago no one thought that commercial art could be a creative discipline. The sort of acceleration necessary for Greek designers to overcome a century of graphic inertia is hard to imagine.

The most exciting part of the Design Walk event for me was observing how these newcomers on the international design scene went about creating an identity for themselves.

In search of excellence

At first glance, all the ingredients for success were there: a core group of English-speaking individuals, a funky neighborhood, the proximity to a world-class landmark, a restless political climate, plenty of technological know-how, cute guys wearing goatees, a general disposition for conceptual thinking, and a hip local venue, Bios, the cultural hub of Psyrri, a club run by designer Vassilis Haralabidis. There one can drink, dance, listen to music, view artsy movies, attend performances — and smoke until three in the morning.

The only nuisance is a shortage of enlightened clients, but that’s hardly specific to Greece.

What the Psyrri designers have, that few other designers can brag about, is a loyal following among the locals. Now in its third year, the Design Walk is attracting a public eager to discover the upside of Athens’ underbelly.

Groups of people of all ages make this desolate part of town a weekend destination. To entertain them, most participating designers create interactive exhibits that encourage visitors to push buttons, draw pictures, don earphones, make noises, stand on platforms, write messages, and watch each other on videos.

This year’s theme was “contradictions.” Each of the 13 participating design studio pulled a brief out of a hat: Symbolic vs. Literal; Anarchy vs. Order; Void vs. Fullness. The rules of the game were strict: they had to make the best of whatever they got.

For many of them, sticking to the topic foisted on them was the greatest challenge.

“Geometry” presented a series of videos installations on the theme of silence vs. noise, with typography running mysterious busy-signal interferences.

“G” dealt with beauty vs. ugliness by asking visitors to decide which of the worthless tchotchkes he had collected could be deemed beautiful (many women argued that most of the stuff was actually quite good looking).

“IndyVisuals”, a design collective, created a handsome “mosaic” mural from a handful of randomized symbols as individual as the members of their group.

“Mums Design” illustrated words vs. image by clearing out their studio and replacing the furniture, books, computers and filing cabinets with words pasted on the walls and floor.

It was all fun and games until you walked into “Pi6”, a small, unassuming little shop, and suddenly the work on display made everything you’d seen and enjoyed before look like crap.

The “Pi6” designers had handled their assignment, symbolic vs. literal, by doing extensive research on the figurative and abstract representations of the heart. They had translated the information they had gathered into carefully plotted charts, elegant maps and mesmerizing diagrams. It was so beautifully done, it literally and symbolically broke your heart.

All at once you were reminded of the reasons why you love graphic design in the first place. It was, at long last, a moment of pure joy.

In retrospect, the majority of the Design Walk participants had used their considerable design training to entertain their fans rather than “inform and delight” them. They had confused the hyped-up experience of communicating with communication itself. Here is a contradiction for all of us accomplished problem-solvers. Heart vs. Commerce. Can we help our Greek colleagues make the right choice?

* This year’s DESIGN WALK was “curated” by Double Decker, a small agency based in London (www.double-decker.org.uk/about.html). The principals, Wilhelm Finger and Melita Skamnaki, provided mentoring programs for the studios, organized creative workshopsâ€¨ supervised by local designers, and put together a number of screenings of design films (Milton Glaser: To inform and Delight, Beautiful Loosers, Helvetica as well as a rare selection of  short films of the Bauhaus School). To draw even more people in, they collaborated with the only film school in Athens: the students were given specific lectures on how to film and document the Design Walk. The school invited director  Vassilis Kosmopoulos to direct this Project. 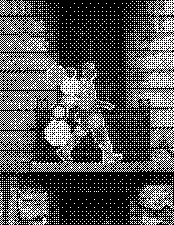 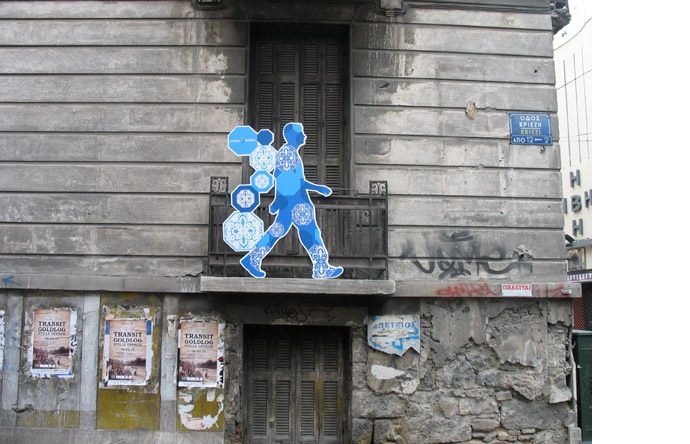 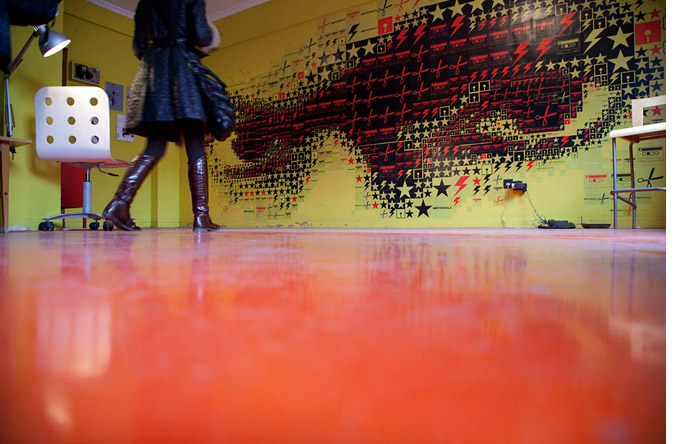 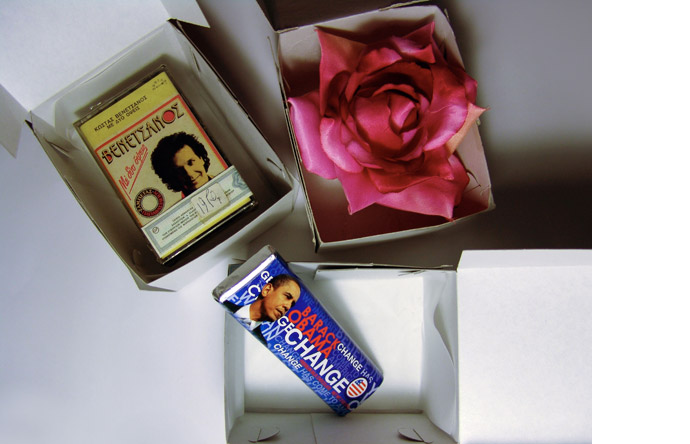 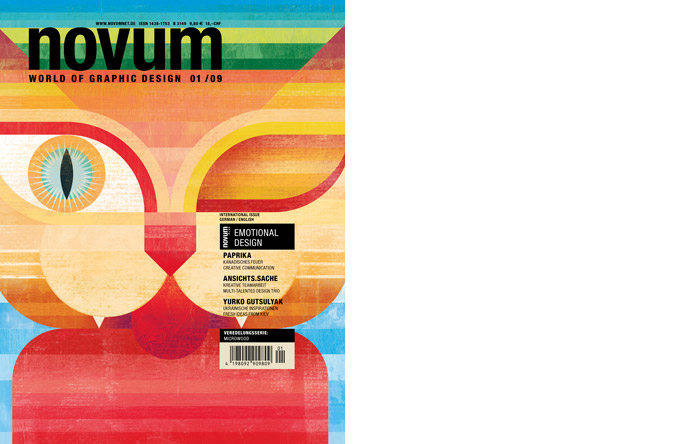 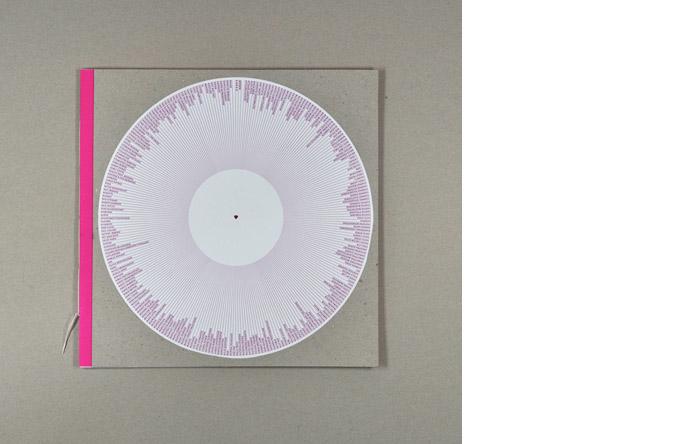 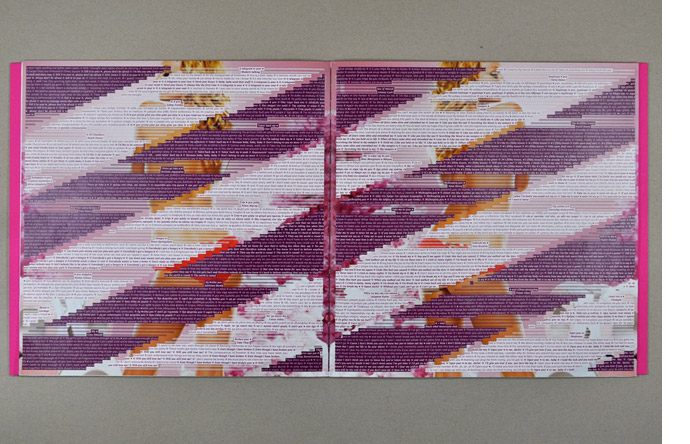 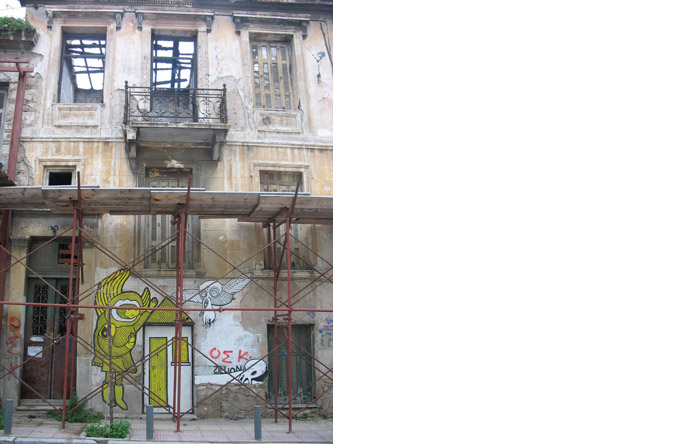 7/10 - In search of graphic expression: splendor and decay in Psyrri 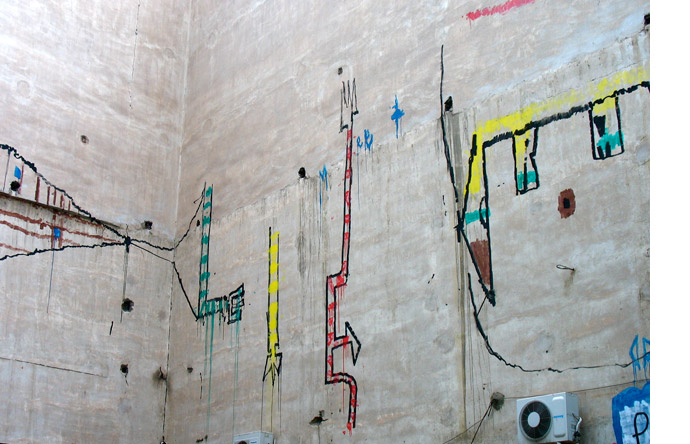 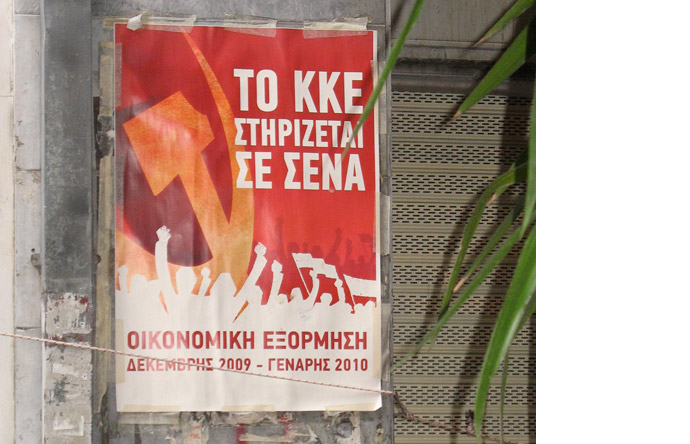 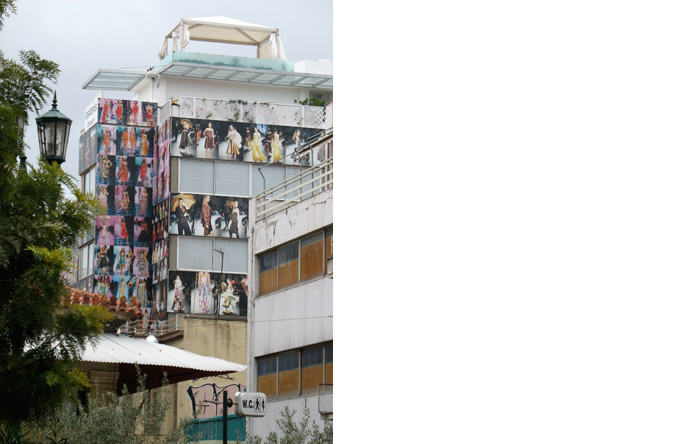