Graphic design can now be presented as entertainment, in the same league as living performances.

When it comes to comparing Paris to other European cities, London, Barcelona, or Berlin, everyone seems to agree: the French capital is a “museum city” — an old-world relic.

Surprising everyone, the usually sedate Musée des Arts Décoratifs has taken an even more drastic step: it has morphed itself into a contemporary art gallery, presenting as an installation the unusual talent of Antoine+Manuel, a prolific duo. It broke the mold by inviting these two unsung graphic artists instead of sanctioning a designer with an already well-established reputation. Open since mid-January, the show is the result of the Arts Décoratifs’ new proactive policy toward graphic design, and poster artists in particular. But it is also the expression of the desire of the museum to overcome its stolid “museumness” and flaunt the vitality of its institution.

This is not a pedagogic endeavor: visitors bold enough to push the glass doors of the third floor gallery where the show is hung are pretty much on their own. There is little concerted effort to inform or edify the public.

The material is not presented in any chronological order, neither is it labeled, or, for that matter, displayed with a concern for the visual integrity of each piece. Posters are layered on top of each other from floor to ceiling. A preliminary sketch might be shown in one room, the final design in the next, or vice-versa. Personal drawings or photographs are taped here and there, and one-of-a-kind prototypes sit next to mass produced artifacts. Deliberately staged to replicate the atmosphere of a studio visit, the show is the next best thing to a voyeuristic escapade — a far cry from a traditional museum experience.

More than an exhibit, this is a manifesto: Graphic design, no longer regarded as a mere discipline, can now be presented as entertainment, in the same league as contemporary art or living performances.

Amélie Gastaut, the curator of the show, chose not to frame the exuberant production of Antoine Audiau and Manuel Warosz inside a scholarly discourse, neither did she get the last word in terms of presentation. She stepped back and gave the two artists carte blanche to design the setting of their retrospective. They, in turn, took for granted that their work should speak for itself, a common assumption among graphic designers.

One can argue that the curiosity of visitors might have been better served if the content of the show had been presented in a more didactic fashion, but no one was hired to subject the material to a systematic examination. The museum instead embraced the more flamboyant option: to disturb expectations — and épater les bourgeois — with a deliciously inane display of serendipitous virtuosity.

Short of experiencing the full immersion into the A+M pictorial and graphic universe, one can read about it by purchasing the lavish exhibition catalogue self-published by the artists, and patch together biographical information about the twosome.

A team since 1993, Audiau and Warosz are illustrators and type designers whose favorite medium is collages. They put together artwork that combines paint blotches, marker doodles, rough sketches, slick computer renderings, and photographs of actual 3-D models they built. They each develop their personal imagery based on idle reverie, childhood impressions, and abstract hallucinations to create a surrealist macrocosm that flirts with disaster yet never crosses into nightmarish visions.

Belonging to a new generation of graphic designers who ignore historical references but prefer to explore the world of their own imagination, they can be compared to Jamie Hayon, Geneviève Gauckler, M/M Paris, or Ich&Kar. Heirs of Haruki Murakami rather than scions of Grapus, they are part of a stable of hot young creators who design decorative patterns and cartoony motifs for Domestic, the maverick wallpaper and room stickers distributor.

Four major clients gave them the opportunity to develop their visual vocabulary. For each of them, they reinvented themselves anew, discovering in their experience yet untapped sources of inspiration.

For the Collection Lambert, a contemporary art museum in Avignon, they created controversial exhibition posters using a mixture of colored pencils, markers and hand-drawn letters; for the Centre Chorégraphique National de Tours (CCNT), a dance company, they came up, season after season, with variations on a leafy motif inspired by computer circuits; for fashion designer Christian Lacroix, they designed mysterious Rorschach-like invitation as richly textured as the most embellished couture gown; and for La Comédie de Clermont-Ferrand, a major theater, they doodled freely, arranging drawings and decoupages into boisterous pictorial bouquets.

Antoine and Manuel are part of the post-ironical age and, mercifully, they do not indulge in endless visual puns as so many of their predecessors did. One exception, though: they’ve had fun with Helvetica, imposing ligatures on some of its staid letterforms, managing in the process to turn the familiar typeface into a slightly disconcerting hybrid.

Nonetheless, typography is serious business for A+M, as evidence many of their personal work, from abstract paintings to small decorative artifacts. No matter how loosely drawn or whimsically conceived, the end result, whether a mural for the Coca-Cola museum in Atlanta or a limited-edition coffee table, is always a superlative visual treat.

Even though the Art Décoratifs retrospective does little to explain the evolution of Antoine’s and Manuel’s joint-career, it makes clear that their work, however complex or off-putting (off-putting to a handful of French graphistes who criticize them for promoting style rather than substance), is nonetheless a joyful exercise in graphic communication.

Recapturing a sense of levity could very well be what’s needed for Paris to reclaim its leadership position on the contemporary art and design scene.  Remember affichistes Jules Chéret, Toulouse-Lautrec, Pierre Bonnard, Alphonse Mucha, Cassandre, Carlu, Colin, Savignac, and André François? The golden age of French graphic design was characterized by its gaiety. 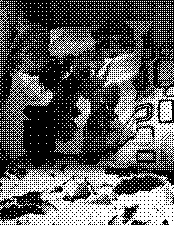 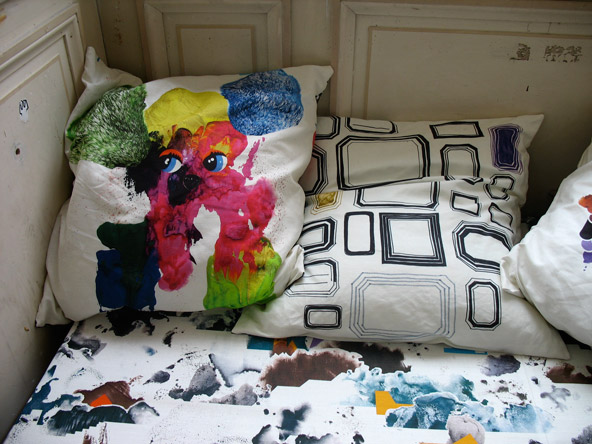 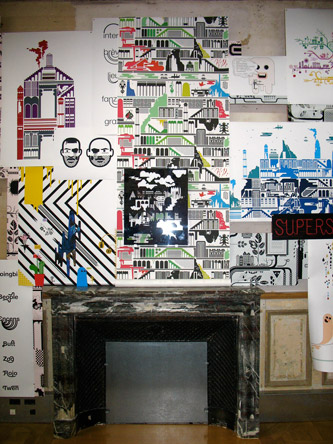 2/4 - View of the installation at the Paris museum 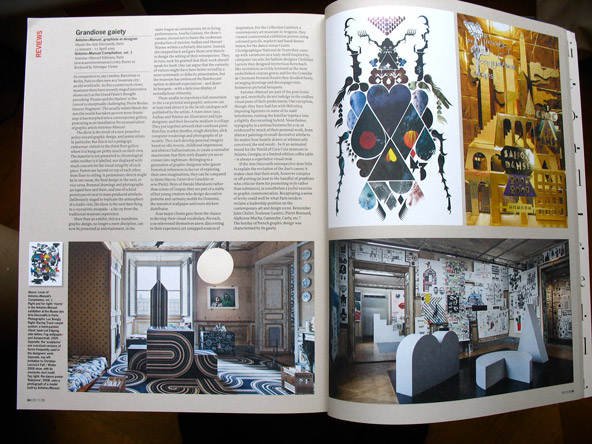 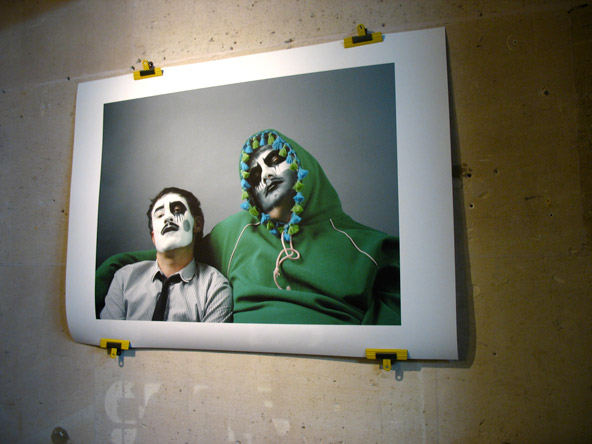