Directing Others to See What You see

The Education of An Art Director, 2006

I used to think that typography was to art direction what classical architecture was to traditional painting and sculpture: the ultimate discipline, the key to mastering the finer points of an art. I was prejudiced. My grand grandfather was a typographer, and my great-grandparents were printers. There is ink in my DNA. I would swoon at the sight of metal type.

I was ecstatic when I got hired as a paste-up assistant in the art department of Vogue magazine, a job that required I handle pristine sheets of printer’s proofs, their black letterforms freshly stamped on thickly-coated paper as immaculate as powdery snow.

That was then. Decades later, when my French niece declared that she wanted to become an art director, I encouraged her to study typography at one of the Paris design schools.

She looked at me like something that had just crawled out of some pre-Cambrian sink hole. “You can’t get into a good design school in France unless you know how to draw,” she explained. “And I can’t draw, so I’ll never get in.” And why should she bother with typography, anyway? She had hundreds of typefaces at the tip of her fingers in her computer.

Next time I was in Paris I managed to wrestle an appointment with ones of the drawing teachers of the prestigious Ecole Nationale Supérieure des Arts Décoratifs (ENSAD), where drawing is not only a prerequisite for admission into the graphic design program—my niece was right—it is also an intrinsic part of the school’s philosophy.

Founded in 1766, the “Arts Deco” school was originally created to turn mere artisans into accomplished graphic designers (then called “decorators”), people capable of producing high-quality, competitive luxury products such as engravings, porcelain motifs and wallpaper patterns.  It was one of the first schools to acknowledge the role of fine arts in the formation of commercial artists.

“Drawing is a tool for creation,” explained Simeon Collin, a senior faculty member of ENSAD. “It is not about illustration. We don’t teach students to draw what they see, we teach them to draw in order to see.”

Needless to say, “decoration” is no longer on the school’s curriculum, yet a certain “style” is not excluded. “There is always an element of seduction in French products,” he did concede. “The ornamentation is there, no longer on the surface, but hidden in the form itself.”

Back in New York, I decided to test Simeon Collin’s approach on my School of Visual Arts’s graphic design students. But since I could not bring into the classroom a live model—nude figure drawing would have raised quite a few eyebrows—I asked them to copy a black and white photograph that had been published in The New York Times that very morning, a journalistic shot taken at a Baghdad newsstand the day after the general election.

“Show me what you see in this picture,” I told them. “Use pencil lines as you would words. Tell me what it is you want me to look at—describe the image by making a drawing of it.”

How to draw someone's attention

Here, I need to explain what I believe art direction is all about.

The role of the art director is to literally “direct” the attention of the audience. Using “art” as an indicator, or a pointer, he or she guides readers as they navigate the page and decipher the information.

The layout is a map that tells how to go from point A to point B to point C. Words are road signs. Pictures are pieces of a landscape. Looking at a layout is a physical event not unlike that of crossing an intersection. It is the job of the art director to make sure you don’t get run over as you figure out which way to go.

As soon as my students began to draw what they saw in the photograph, they found that they had to make a series of urgent calls. Where should they start? What was the dominant feature? What details should they omit for the sake of clarity? Could they get away with only an outline? How important were shadows?

A studious hush fell over the room with only the sound of lead scratching paper—and no one, not even the most awkward draftsman among my students complained that he “couldn’t draw.”

Cezanne couldn’t draw. His famous still lives are arrangements of ceramic fruits and paper flowers so that they would not wilt and rot as he painstakingly labored over a sheet of paper, erasing sketch after sketch. Models would refuse to work for him, unwilling to hold a pose long enough for him to capture their likeness as he painted and repainted over his canvases for days on end. Yet his unwieldy technique was a boon. Where would we be today without Cezanne? He directed us to see things we had never seen before.

My students’ drawings were not Cubist masterpieces, but each one of them was revealing in a different way, each one highlighting a unique aspect of the photograph—the density of the crowd, the diversity in facial expressions, the dynamism of the scene, the strangeness of the background.

I gave them a copy of a newspaper article published that same day (a lengthy essay on self-interest as a motivator for human behavior), and asked them to do with words what they had done with their pencil.

“Tell me how you would direct an illustrator to deal with the content of this piece. Which aspects of the story would you want him to dwell on, and which ones would you advise him to disregard?”

The interesting thing is, none of the students asked their imaginary illustrator to “illustrate” the piece. Instead they did what good art directors do: they editorialized. They mined the text for ideas that brought out original angles or provoked unexpected questions. They drew from the text the same way they had drawn from the photograph.

So I stand corrected. Sure, studying typography is a worthy discipline. In the past, you were instructed to draw typefaces by hand in order to understand their idiosyncrasies. But similar benefits can be accrued from drawing about anything: fruits, flowers, animals, landscapes or nude bodies.

And just as engrossing is copying a painting, a picture, or a photograph. What seems to matter in this exercise is the physical participation, the hand touching the paper, the sound of the pencil pushing against the grain, the eyes moving back and forth, the sensual pleasure of the task.

Art directing is not simply an intellectual enterprise. The verb “to direct” suggests movement, action, progression. It requires a dynamic and vigorous involvement with forms. 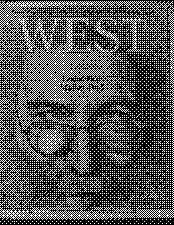 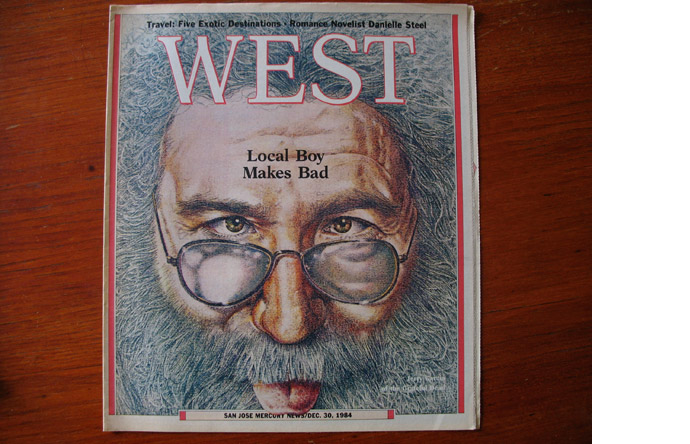 1/10 - Jerry Garcia of the Greatful Dead, an illustration by Dugald Stermer, December 1984 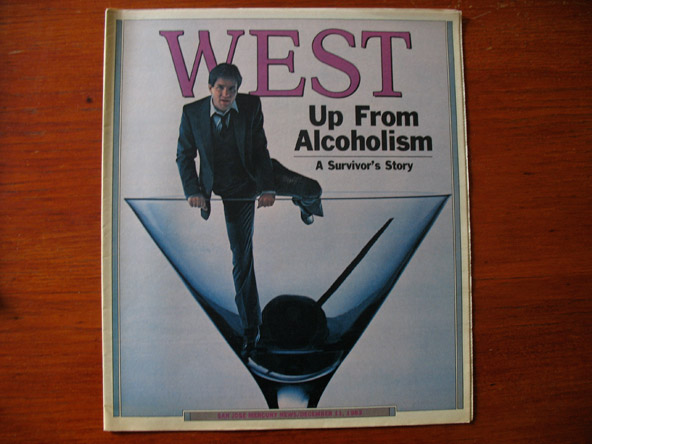 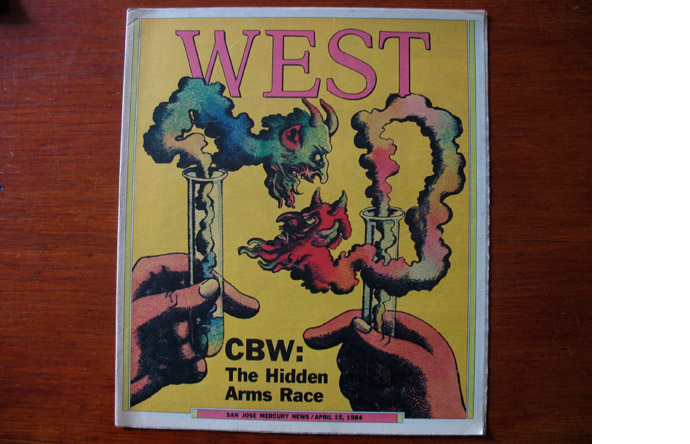 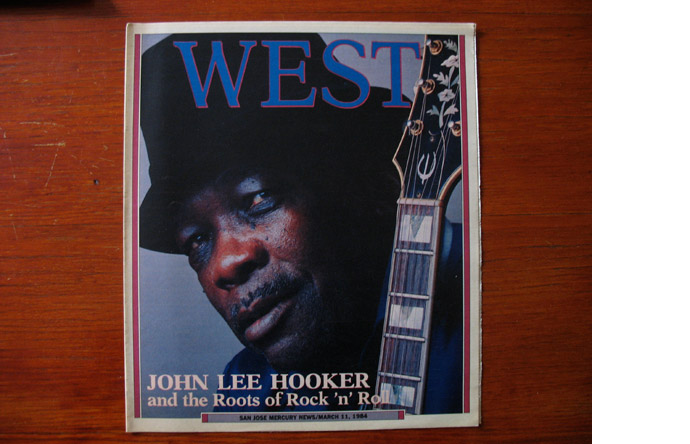 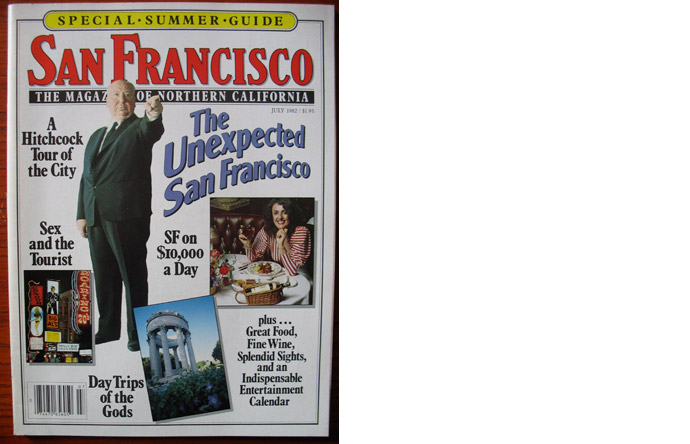 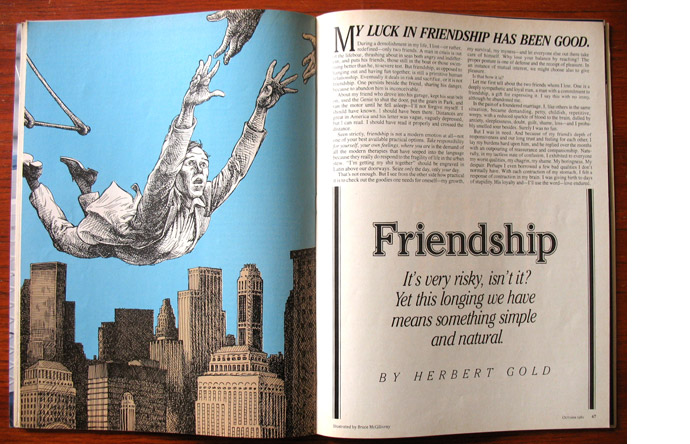 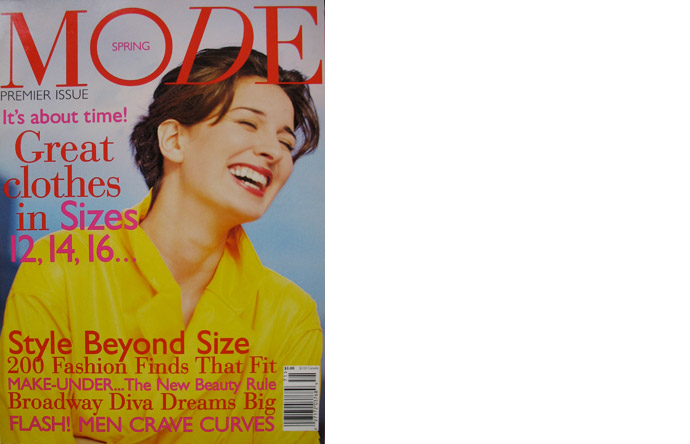 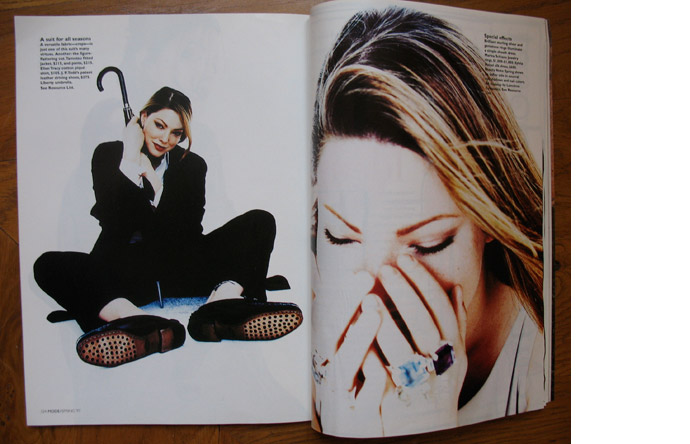 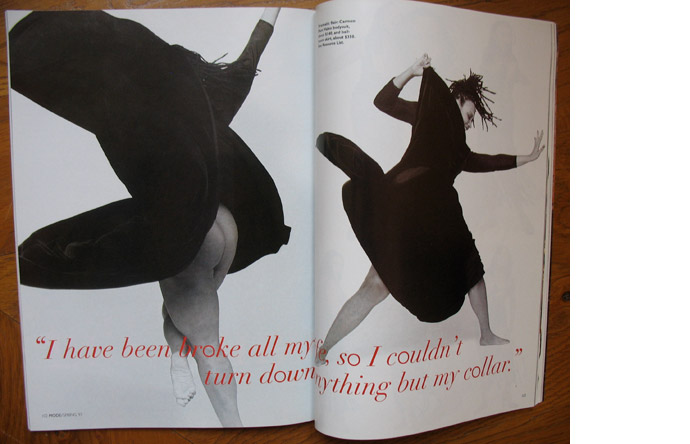 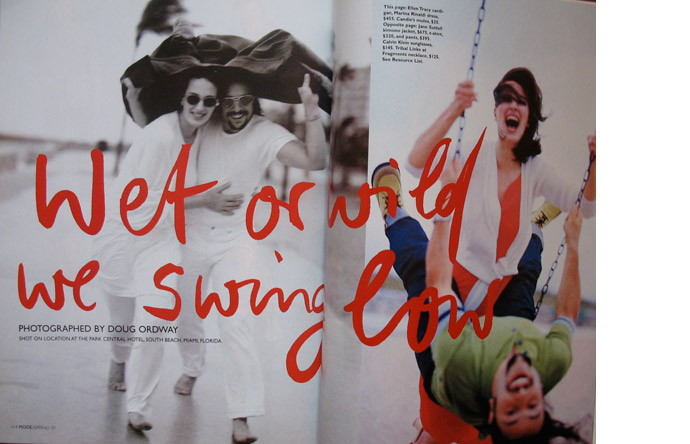