Rue Saint-Denis flows through the history of Paris. It is a segment of an ancient trade road that dates from the Bronze Age — a main thoroughfare for merchants and pilgrims working their way up and down the French peninsula between Spain and England.

A historic street, it winds its way down, from the top of Paris, Porte de la Chapelle, to the middle of the city, Place du Châtelet. Its course coincides with the north-south axis of the Roman cardo, the Via Agrippa.

Countless feet, hooves and wheels have carved the path of the oldest street of Paris. Still relatively narrow, rue Saint-Denis feels like a riverbed, with many tributaries feeding into it: some are bucolic alleys, others are slightly seedy lanes, while still others are nostalgic skylit galleries with old-world elegance.

Ethnicities and social classes coexist peacefully, some more dominant than others depending on the hour, the season, or the day of the week. North of the arch, the rue du Faubourg Saint-Denis, as it’s called upstream, is a bazaar: sharing the sidewalk are Pakistani motorcycle enthusiasts, African jewelry makers, Chinese food vendors, and moms pushing strollers.

South of the arch, the oldest profession in the world is practiced openly on some street corners — this section of the rue Saint-Denis is not a tourist destination and few parisians venture there after dusk. Let’s just say that cool hunters, fashionistas, trendsetters and foodies have yet to discover it.

The rest of us embrace it all.

The flâneur that I am relishes sneaking into courtyards, peering through gates, and exploring the maze of alleys, arcades, and galleries.

Everywhere you look, someone from the past has a story to tell. Dominating the narrative are a saint, a king, and a philosopher.

First Denis, the Christian martyr who gave the street its name. Avatar of Dionysius, alias Bacchus, he is the patron saint of Paris, a city known for its libertine ways.

Looming large as well is king Louis XIV, for whom the monumental Saint-Denis arch was built — just I time for his funeral procession.

Most intriguing is Walter Benjamin, the German philosopher and art critic who, upon studying the street’s covered passages and its shopping galleries, predicted the advent of the consumer culture. 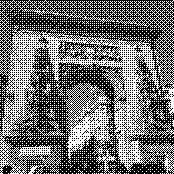 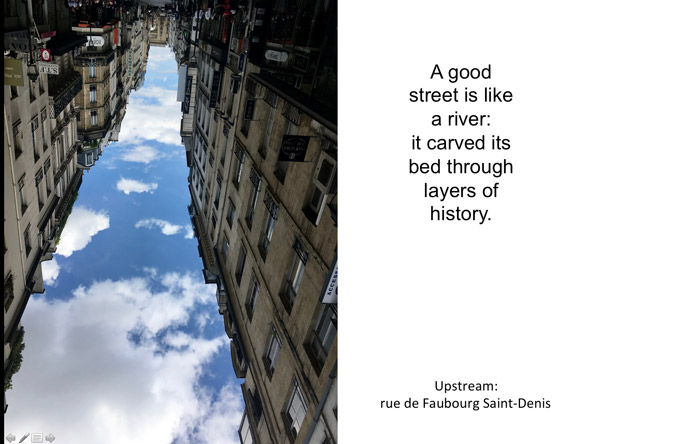 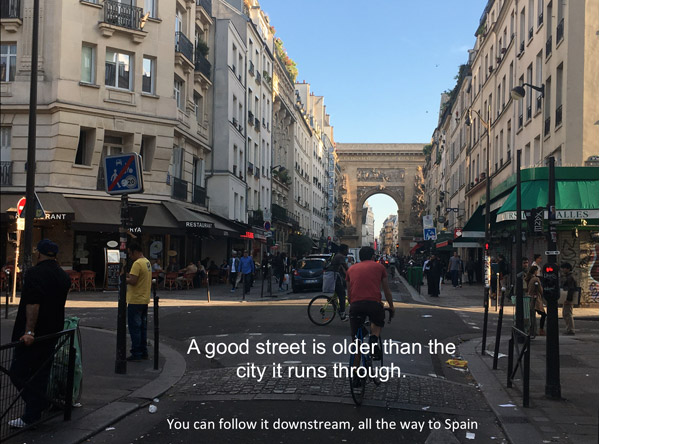 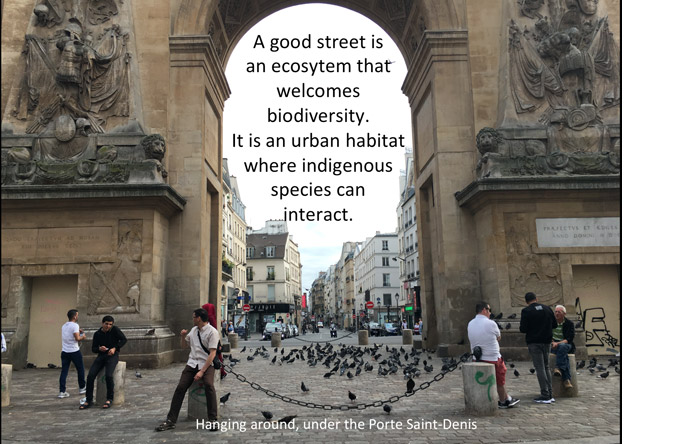 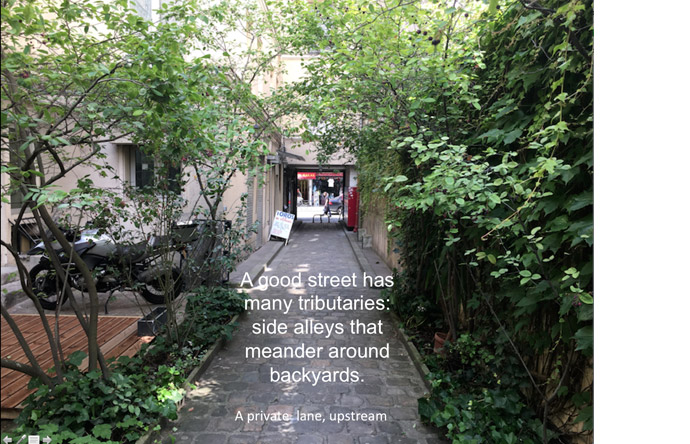 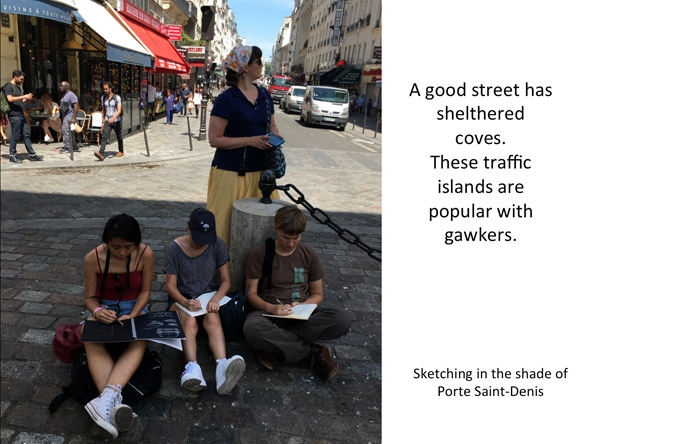 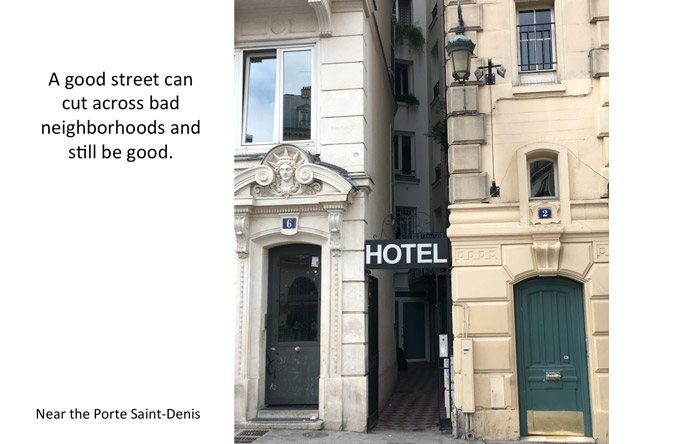 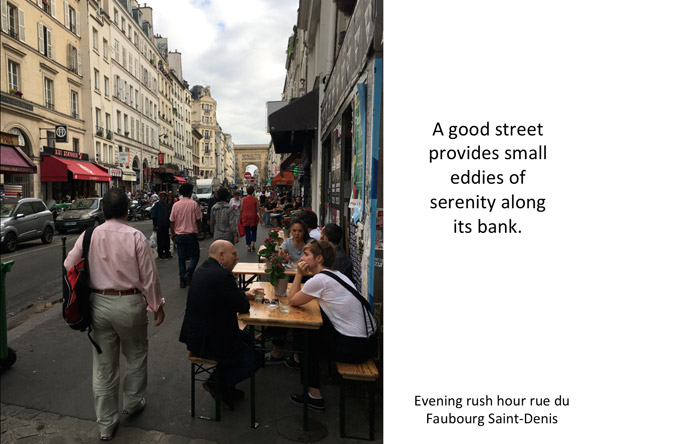 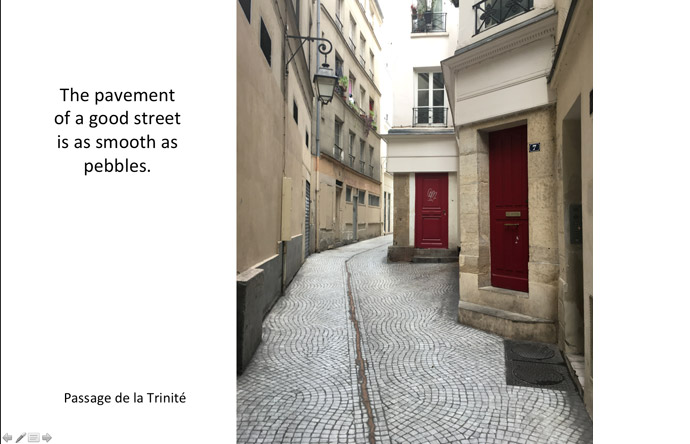 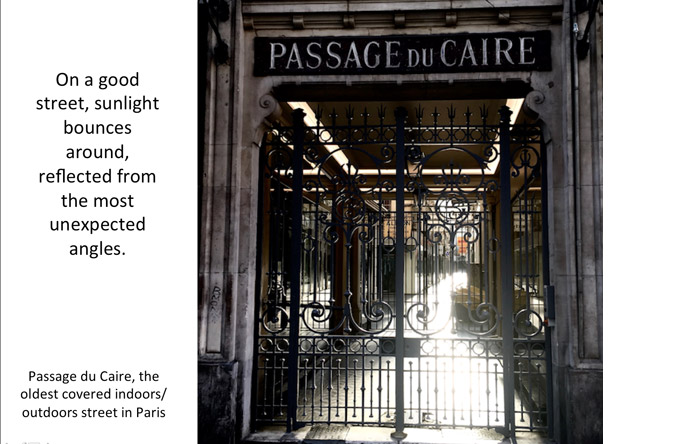 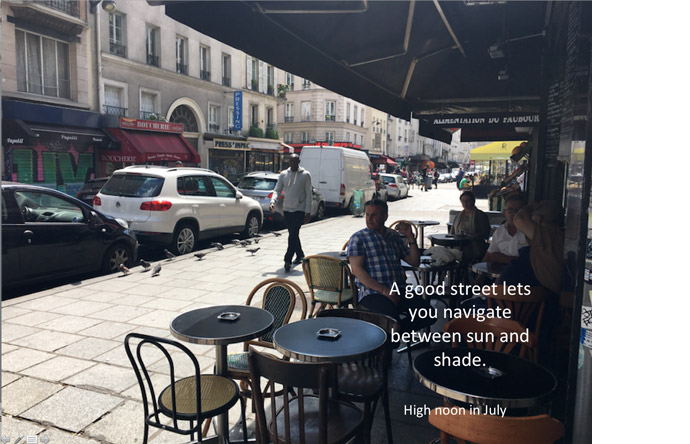 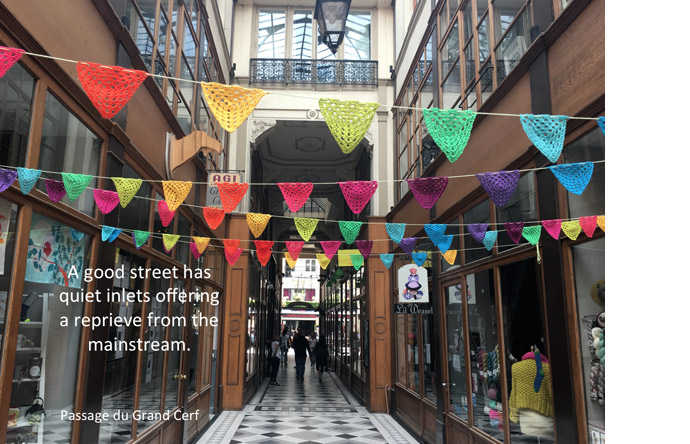 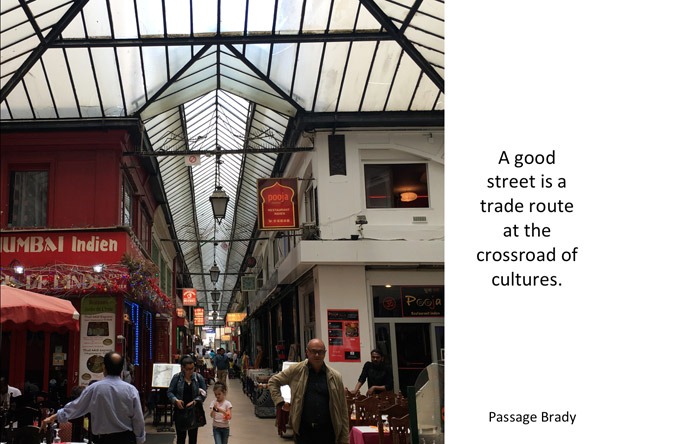 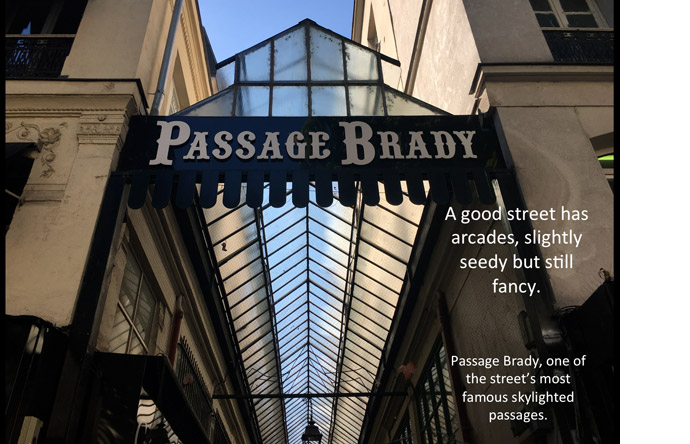 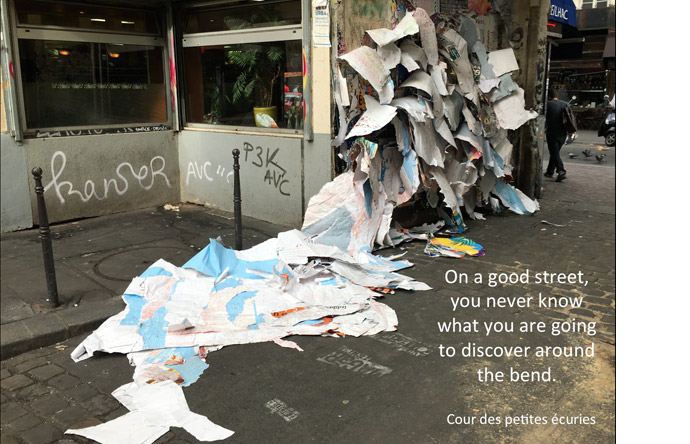 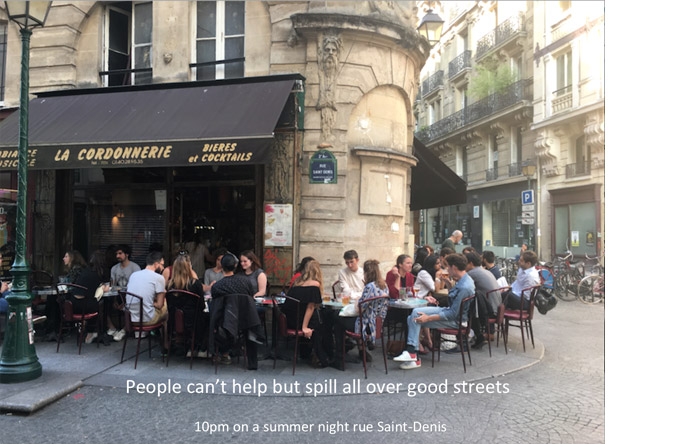 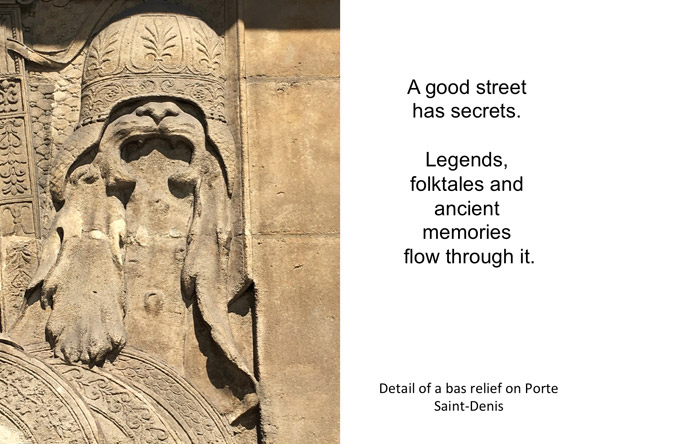 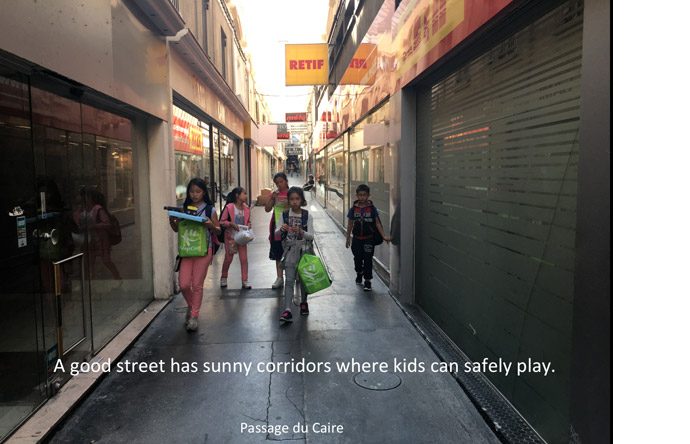 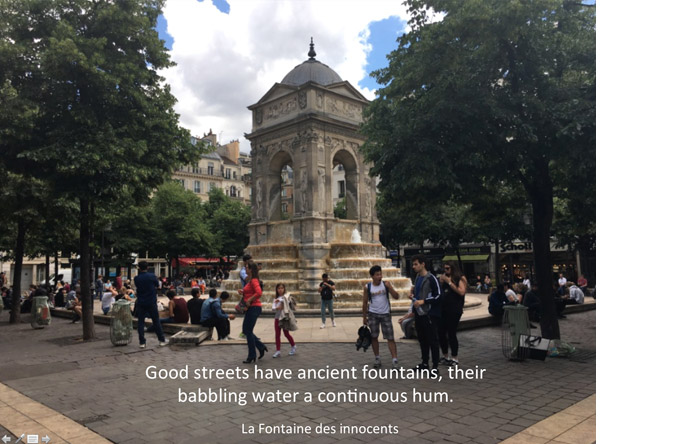 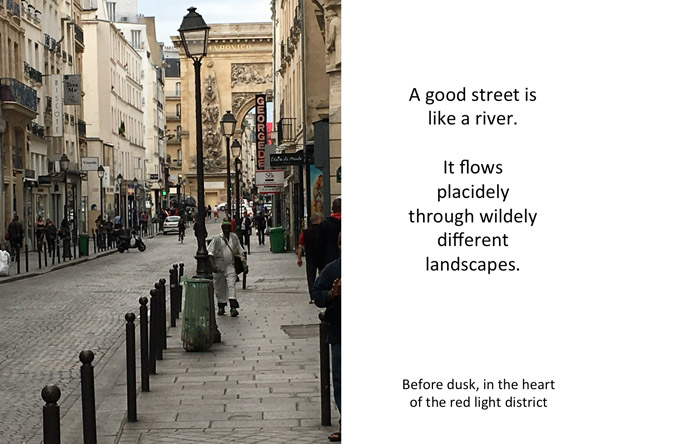