If you were a film buff, the Dior campaign was not a gratuitously sadistic gesture but a very funny insider's joke.

French luxury brands are not for the faint of heart. Their ad campaigns can test the sensibility of those among us who are not sexually aroused by the sight of action-figure goddesses in torn fishnet stockings. In the last decade, as the result of an unholy alliance between the couture world and the contemporary art scene (thanks to French billionaire and collector Bernard Arnault, chairman and CEO of LVMH), trollop chic and hard-core glamour have become the mainstay of many upscale fashion magazines.

Luxury, once synonymous with opulence, has become a guerrilla tactic against sanitized bourgeois values. French creative director Thomas Lenthal can be credited for setting the standards for this strange phenomenon. His 2001 campaign for Dior is nothing short of a porn-hip manifesto.

An alumni of French Glamour, a founding partner of slick fashion magazine Numéro, and a seasoned free lance advertising art director with clients like Cacharel, Tod's, and Kenzo, Lenthal had been hired by John Galliano, Dior's new sibyl, to "wake up sleeping beauty" - to turn the then sluggish couture brand into an avant-garde sensation.

He directed UK photographer Nick Knight to stage a series of tableaux that looked, at first glance, like police pictures of injured car crash survivors, their bruised bodies covered with diesel fuel, their clothes a mess, the dazed expression on their face evidence of their bewildered state of mind. The women in the photographs, swathed in skimpy yet extravagant togs, sported strappy high heel sandals and clutched pristine Dior handbags.

The campaign put Dior on the map. "It was meant to be outrageously contemporary," says Lenthal. "The client asked us to please, do burn down the house, so we did."

However, what seemed to most an unnecessarily obscene proclamation on the part of what had been until now a very boudoir-ish brand, was in fact a superlative exercise in cultural referencing.

References do not have to be conspicuous to be effective. The Spring 2001 Dior campaign, particularly gruesome in the wake of the September 11 carnage, had originally delighted cognoscenti who saw in it an astute visual citation of "Week-End", the surreal 1967 film by Jean-Luc Godard in which actors are involved in a series of grisly car crashes.

One of the most famous scenes of "Week-End" showed a burning wreck with an ironic subtitle that read "My Hermès handbag!" If you were a film buff, as many Frenchmen were and still are, the campaign was perceived not as a gratuitously sadistic gesture, but as a very funny insider's joke.

Though highly stylized, none of Lenthal's most recent campaigns for luxury brands manage to be quite as edgy as the 2001 Dior visual fender-bender. Clients have grown more conservative these days. Still, he draws from arcane sources, some more obvious than others, to art direct images that resonate with the contemporary psyche.

With Mario Sorenti (for Bally) he explores the world of David Hockney; with Serge Leblon (for Sonia Rykiel) he mixes Sonia Delaunay's pictorial sense with Alexey Brodovitch's cinematic editing; with Mert Alas & Marcus Pigott (for YSL's Opium) he mocks naturalism, preferring instead the meta-universe of plastic surgery; with Solve Sundsho (for Yves Saint Laurent Parfums) he takes off on Man Ray; with Inez van Lam Sweerde & Vinoodh Matadin (for Dior Joaillerie) he pays homage to photographers Serge Lutens and Hiro.

His most intriguing collaborator is probably with Juergen Teller, the new enfant terrible of fashion photography (Teller is the genius behind the provocative Marc Jacob's ad campaign featuring  candid shots of trendy celebrities).

"With less photo equipment than a tourist, Juergen takes pictures that are incredibly lively," says Lenthal. However, referencing is a game Teller plays reluctantly. Case in point the campaign he shot with Lenthal for Yves Saint Laurent, in which models on stilettos were dangerously propped on ledges, high on the rooftops of the Paris Opéra Garnier. The photographs spoof rather than celebrate the cat-on-a-hot-tin-roof motif. Charming parodies, they are un-retouched evidence that the age of irony mayhave run its course at last.

Likewise, Lenthal begins to show signs of being tired of running circles around smart cultural references. In 2006, he launched a stylish, soft-core magazine, Paradis, with two separate French and English editions, to which he invites his friends to contribute.

The notable presence of still-life photography in Paradis is a reflection of Lenthal's growing interest for less spectacular forms of provocation. Recently, he seems to favor quaint 19th century portraiture and black and white journalistic reportages.

As an art director, Lenthal runs his fashion campaigns the same way a deejay runs a show, mixing and matching visual codes as if they were samples or musical genres. Yet, as an editor, he finds that concentrating on one picture at a time is just as stimulating. "Photography is an incredibly potent medium," he says. "Put a short caption under a picture, and suddenly it has a lot to say." 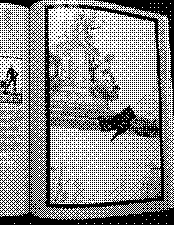 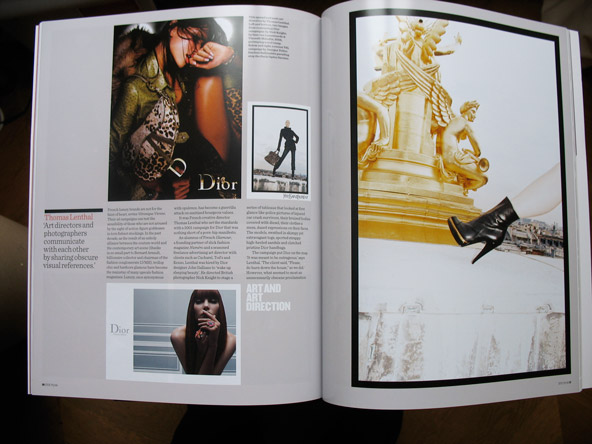 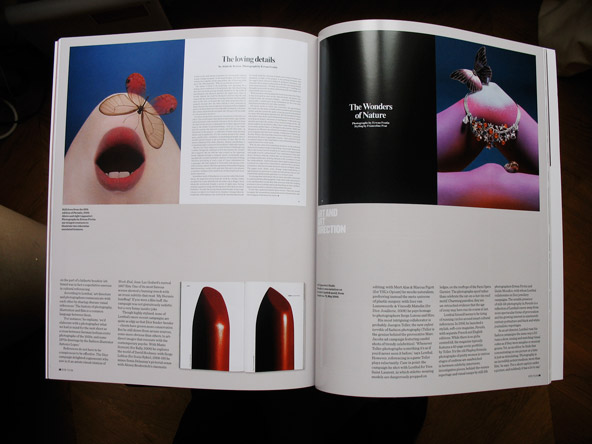